Home » Investment Management » Before the Bell – Boeing (BA) “Let’s Make a Deal” – Volcker Rule – What Will Banks Do? 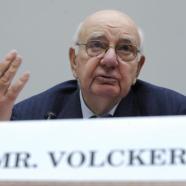 Posted by David Nelson, CFA on December 10, 2013 in Investment Management | Leave a comment 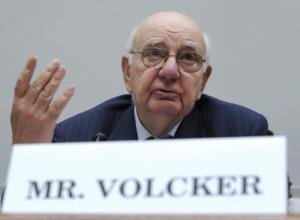 Volcker Rule – Five federal agencies are set to vote on the Volcker Rule which attempts to limit financial risk taking by banking institutions. If passed, hedges that banks put on to limit risk will have to be tied to specific investment. They will no longer be able to make broad bets like the one tied to the JP Morgan London Whale trade.

Here is where I come out on this. One of two things is going to happen. Banks will either look for loopholes in the regulations to push the envelope on what is defined as a hedge or they’ll pullback too far hoping to stay out of the cross hairs of regulators.

Two years from now agencies will be prosecuting banks for attempting to circumvent the rule or they’ll be conversations about the Volcker rule holding down economic activity because banks refuse to take on risk. 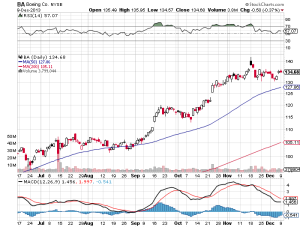 Boeing (BA) “Let’s Make a Deal” – Despite the recent pick up in jobs municipal and state governments see the hand writing on the wall. They need big business and the jobs they create to boost their economies. When big corporations like Boeing move into town, thousands of jobs come along for the ride.

Last night’s WSJ article hits the nail on the head.  Boeing is shopping for a new home. States and cities are tripping over themselves to play “Let’s Make a Deal.” The winning locale will see an over $10 Billion investment in new facilities to build the firm’s popular 777X which goes into service in 2020.

Boeing could employ up to 8,500 workers at the new location so it is understandable why governors are rushing to their legislatures to put together attractive incentive packages. Washington State has offered an $8.7 Billion package over 16 years hoping they’ll stay. However, all this started after Boeing’s largest union rejected an eight-year contract.

This is a trend that is going to accelerate in years to come. Economies are built on jobs. Every state wants to attract big business in a world where jobs and tax revenue are hard to come by. For some corporations, it may pay to pull up stakes and move operations if the incentives are attractive enough. The tax breaks Boeing will likely receive aren’t a reason to own the shares but it sure doesn’t hurt.