Posted by David Nelson, CFA on December 23, 2013 in Investment Management | Leave a comment 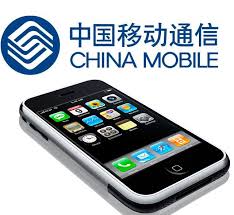 Apple Heads to China (Targets go Up) – The long rumored deal between China Mobile (CHL) and Apple (AAPL) was finally announced by both companies Sunday. Apple has already climbed over the Great Wall but has struggled to gain market share even after the launch of their 5c & 5s phones. The scaled down 5c lacks some features of the 5s and is priced at a discount. So far, that hasn’t been enough to offset Apple’s declining market share. According to the New York Times the list price of a 5c is $739 which is still high for many in Mainland China.

Despite these challenges this is certainly good news for the company with the deal giving  Apple access to more than 700 million customers and potentially $Billions more in revenue. Another plus; China Mobile recently announced an upgrade to 4G technology where Apple products really shine. Pricing on the deal hasn’t been announced, so until then it will be difficult to come up with margin and sales assumptions. I expect analysts to put up a wider than normal range of estimates with respect to this deal.

Apple excels at making best of kind products but premium products rarely come cheap. I think the jury is still out on Apple’s ability to compete in a demographic used to paying under $200 for a smartphone. However, it does make it more difficult for device manufacturers in China to challenge Apple at the high end.

Apple currently sits in the Alpha Select portfolio and I expect it to do well in 2014. Today’s announcement makes the picture just a little bit brighter. The company is settling in to be a high single digit grower but is unlikely to achieve more than a market multiple. (Click on Spreadsheet to Enlarge)

The device industry takes no prisoners and there will be the occasional stumble and product cycle that just doesn’t resonate. My current target for Apple (AAPL) is to end 2014 close to 700. This assumes Apple trades at 15X fiscal 2014 fiscal earnings. That gets you to about 654. I’ll throw in another 45 points of upside for cash on the balance sheet. If margins for the China Mobile deal come in better than expected, my target moves higher. 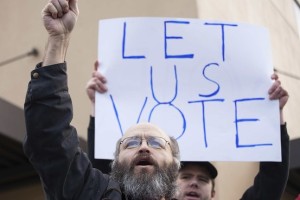 Let Us Vote! – Members of the International Association of Machinists and Aerospace Workers are finally gettting to vote on the latest Boeing (BA) offer made earlier this month. Hanging in the balance are jobs and the tax revenue that comes with them. Boeing needs to make a decision on the location of its facility to build the light weight carbon fiber wings for their popular 777X aircraft slated to go into service in 2020. Management has been entertaining proposals and incentive packages from at least 22 states, all of whom hope the union rejects management’s offer.

The union said no to November’s contract and union leaders quickly rejected Boeing’s follow-up offer earlier this month. Again the biggest stumbling block is the conversion of the current defined benefit plan to a 401k. The quick rejection by union officials without a vote has created a big divide within the ranks of Boeing’s largest union. Recent rallies like the one in Everett, Washington show union discontent with many holding signs saying, “Let Us Vote.” It appears those chants have been heard and a vote will take place just after the start of the New Year.

I’ll repeat what I posted last week. If the union holds to its current position that the defined benefit plan be continued, they will lose the fight and the jobs they hope to retain. Defined benefit plans which offer a guaranteed benefit in retirement are rapidly going the way of the Dodo. No company can plan for its future if they have an unknowable pension cost. Defined Benefit Plans were a contributing factor in many large corporate bankruptcies. One by one fortune 500 companies are making the switch and I am certain Boeing will add their name to that list.

← GOLD – Time to Buy? – Before the Bell Freeport (FCX) CEO Adkerson Gets the Gold & Shareholders Get the Shaft →