Home » Investment Management » Boeing Vote Ends the Battle But Not the War! 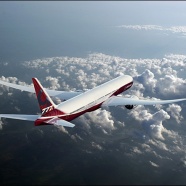 Boeing Vote Ends the Battle But Not the War!

Posted by David Nelson, CFA on January 6, 2014 in Investment Management | Leave a comment 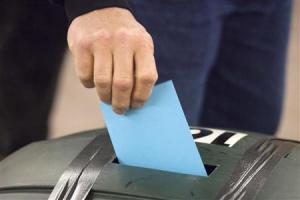 Seattle – Late Friday, officials of the International Association of Machinists and Aerospace, Boeing’s (BA) largest union, announced members had voted to accept management’s recent offer. The vote brings an end to a bitterly fought standoff not just between the union and management but amongst the union members themselves. In recent months there’s been an obvious split between the international and local leadership who rejected immediately management’s last proposal.

Friday’s vote was a close one coming in at 51 – 49% in favor of the deal. According to the Wall Street Journal, Ray Conner, chief executive of Boeing’s commercial unit, confirmed that the 777X wings will be built in Washington State. The 777X is an upgrade to the popular 777 and offers better fuel efficiency and the ability to carry as many as 400 passengers. Boeing (BA) already has 280 orders for the aircraft which is expected to go into service in 2020. 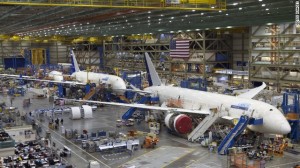 It’s Not Just About the Money

It’s easy to look at these negotiations and believe it was just about wages. I’ve been blogging on this story for months and I assure you, negotiations centered on the current defined benefit plan.

The previous offer in November was rejected by the union in a landslide vote. Boeing came back with a counter proposal in December. According to the New York Times, Boeing (BA) management agreed to add $5,000 to each worker in January of 2020 on top of the $10,000 signing bonus. They also agreed to retain the current structure of a 6 year progression to get full pay. They previously had sought to change that to 16 years.

Again, the evidence points to the defined benefit plan. I think this fight will find its way into every union contract negotiation for years to come and will not be limited to just the private sector. State and Municipal pensions that offer a defined benefit on retirement will come under siege as planners deal with the gap between revenues and services.

I’d like to have a defined benefit plan. I’m sure most Americans would as well but they’ve become unsustainable programs that neither the private or public sector can afford. General Motors (GM), American Airlines (AMR) and even Detroit are reminders that an unknowable future pension obligation is an unacceptable threat. Future union and management negotiations will focus more on working conditions, pay, discrimination and job security rather than trying to turn back the clock. 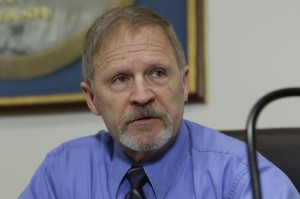 I watched the raw footage of Jim Bearden, administrative assistant for machinists District 751. It looks like it was a pretty somber mood in Seattle. While it appears many are happy that the jobs will remain, I think it is the passing of a by-gone era that many members still find tough to deal with.

Bloomberg news gave out a quote from retired machinist Ron McGaha. “When they’re my age, I hope they look back and remember that they could have had a pension instead of a diminishing 401 (k).”

I respectfully submit that Mr. McGaha is wrong. Boeing was fully prepared to move production out of the Puget Sound Area. No less than 22 states had made proposals offering $Billions in tax incentives hoping to attract Boeing, jobs and the tax revenue that follows.

Washington’s Governor, Jay Inslee, said late Friday, “Tonight, Washington State secured its future as the aerospace capital of the world.” The Governor had helped push through an $8.7 billion tax incentive package to keep Boeing from leaving.

What does it mean for Boeing (BA)?

Analysts haven’t changed estimates but the deal eliminates a long term threat and ushers in close to a decade of peace. Jefferies analyst Howard Rubel pegs annual savings at $250 – $500 Million.  He goes on to say, that at the end of 2012, Boeing’s Projected Benefit Obligation for its benefit plans was over $75 Billion… The deal caps Boeing’s liability, limiting a significant risk.

Strikes are expensive and despite the attractive incentives offered by other states, capital expenditures required in such a move, would have cut into future earnings.

The Challenge for Workers

The challenge now for workers is taking on the responsibility of investment decisions regarding their pension assets. Unfortunately a large number of 401k participants fall into two extremes. Many were so traumatized by the financial crisis of 2008; they elected to keep the bulk of their retirement funds in cash or CD like investments. For others the pendulum swings to the other side. They live life on the edge, keeping every last dollar in equities. Despite my repeated bullish calls on the market, I’m here to tell you that an asset allocation 100% in stocks is for the young only. If you think I’m wrong, just ask anyone who was approaching retirement fully invested in stocks coming into 2008. For most, a more balanced approach is an imperative.