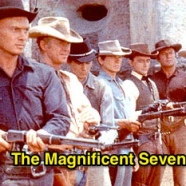 The Magnificent Seven of Old Tech

In the last few days we’ve seen a massive rotation from the market’s biggest winners to what investors refer to as Old Tech. For those of you not in the markets long enough to remember the Magnificent Seven, there was a time when (AAPL), (INTC), (MSFT), (IBM), (ORCL), (CSCO), & (EMC) once dominated investor psychology.  It was a wonderful time. The computer sitting on your desk told you all you needed to know. Any company associated with its manufacture or operation was going higher.

Here we are a couple of decades later and the revolutionary guard is made up of an eclectic group of stocks. Social Media companies like Facebook (FB) and Twitter (TWTR) along with Biotech’s like Celgene (CELG), Alexion (ALXN) and Gilead (GILD) have joined the ranks of the immortal. Game changers Tesla (TSLA) and Netfilx (NFLX) round off the list. There are more of course but these are enough to make the point.

As I stated during recent interviews I believe the rotation was triggered by a letter from a house sub-committee to the CEO of Gilead Sciences questioning the cost of one of their newest drugs Sovaldi, for the treatment of Hepatitis C. It’s an expensive drug with an $84,000 cost per patient. Even if this doesn’t amount to anything it has changed investor psychology in the biotech sector. The concern is that there could be a change in pricing structure or maybe just a concession by management. Regardless of the outcome, investors decided to shoot first and ask questions later.

Most of these companies trade at significant premiums and any hiccup is going to cause a violent reaction. Before you beat down my door I get it. Biotech’s are the future of medicine and have extraordinary growth rates but any hint of uncertainty means investors will pay less for that growth. While there will be the obligatory snap-back rally in Biotech I think the sector goes into show me status and may churn for some time before breaking to new highs.

The same can be said for some of the other names mentioned. Facebook has extraordinary growth but even they understand their mortality spending $19 Billion for WhatsApp to protect from future encroachment of their business model. Game changer Tesla is probably the toughest to judge because of the transformational nature of the business.

The Market Held Up Despite the Change in Leadership

In the end yesterday’s action didn’t mean much for the overall market. It doesn’t look like institutions went to cash. They just decided they wanted to pay a less for the earnings they were buying. In the end, after you get beyond the story, owning a stock gives an investor the right to a pro rata share of the earnings and dividend stream of that company.

The rotation into old tech fits perfectly into this psychology. When growth investors get nervous about valuations, they don’t step up and buy value names like (CAT) and (DE). They buy slower growth for less and that’s exactly where the old tech names live.

The Magnificent Seven always screens well but I’ve had to learn through the years that the high screen rankings wouldn’t necessarily translate into performance. Rather than take a basket approach I think it’s important to dig down and examine these stocks one at a time.

(AAPL) – You’re probably asking why Apple is on this list. It wasn’t that long ago when Apple traded at 700 and was the darling of Wall Street with seemingly unlimited growth prospects. Apple’s history has taken it from a young upstart in the early days of computers favored by artists and media professionals to nearly being wiped off the face of the earth by Microsoft’s Windows. The return of Jobs resurrected the company and brought it firmly into the world of New Tech and disrupting technology. Now Apple seems to be a victim of its own success. With a market cap of close to $500 Billion it’s difficult for any single product or cycle to move the needle. Simply put the law of large numbers comes into play. Today Apple trades cheap to the others and even cheaper when you consider the sizable cash hoard.

Apple is a wonderful company but just may not be a great stock. I said it earlier. It is increasingly hard to move the needle given its size. We’ve owned Apple (AAPL) in the Alpha Select portfolios since August and sits at a modest profit. (Average cost is 500) I’d like to believe there isn’t some emotional attachment to the name but I must admit it probably is part of the appeal. I’m holding this with a tight break-even stop for the time being.

(IBM) – IBM is a favorite of value investors. Even the legendary Warren Buffet owns the stock, which says a lot considering it is his first and only tech company. For years IBM has had anemic revenue growth yet managed to grow the bottom line at low teens. I’ve talked to executives in the company and some believe it was management’s focus of reaching a target of $20 EPS by 2015 that has held them back. Sacrificing revenue growth they continued to cut costs to meet the objective. You can only keep that up for so long. Eventually you run out of fat and you start cutting into bone. That’s what’s happened here. I’m sure they are addressing these issues but I need to see some results before I’m willing to step in. I’m sure it will be at higher prices when that occurs, but so be it.

(INTC) – I just can’t get excited here. Unless they are able to make the mobile transition there is nothing in the numbers that makes me want to get involved. This is a great stock to hide in but with little top or bottom line growth I’m going to look for greener pastures.

(EMC) – EMC’s performance YTD has been the best of the bunch. The modest top and bottom line growth almost gets me to pull the trigger but I’m just not there yet.

(ORCL) – I can’t go here either. Look, I get that this is a cheap name and that Oracle is trying to change its stripes and become a cloud company. There are two significant issues management needs to deal with.

Oracle has been buying up smaller companies for the last decade and as such has been valued as a roll-up. Getting a handle on the organic growth rate of the company has been a challenge even for analysts. They seem to be very reliant on guidance from the company. The last quarter showed significant growth in cloud business but at just a $292 Billion run rate on an over $9 Billion quarter, there’s obviously still a long way to go.

(CSCO) – Until John Chambers is gone from this company don’t bother me. I find it difficult to believe he is still in charge given the massive buy backs of stock at inflated prices to off-set the dilution from a very generous stock options and compensation program. Admittedly this is an issue for the entire tech industry but these guys are the poster child. CSCO recently announced they were going to make a bigger push into the cloud. Not enough to get me involved.

(MSFT) – The long standing performance of former CEO Steve Ballmer and the miss-steps during his tenure has kept me out of this name for most of the last decade. Now that Steve has retired it seems we are seeing the first signs of a change in management style and focus. Financed by its two cash cows, Windows and Office, Microsoft has wasted $Billions on project after project searching for the Holy Grail.

New CEO Satya Nadella seems to be taking Microsoft in a new direction. On Thursday he will have his first media/analyst call. It is widely believed that he will announce plans to offer Office on the iPad. Instead of holding on to Office offering it only on Surface tablets, he makes the prudent call and goes where the money is. The Microsoft of old wouldn’t have made this decision. Management is finally taking steps to off-set the OEM revenue decline and seems well positioned in the cloud. While it is still early I don’t believe you will see Mr. Nadella make the same mistakes as his predecessors. (No more Zunes)

While it is no longer a deep value stock MSFT still trades at below market multiples with growth starting to pick up. After decades of stagnation there is a lot of low hanging fruit Mr. Nadella can pick to enhance shareholder returns.

I’m in. My entry into Mr. Softie is 40.33. Yes, I arrived late to the game but I believe it is early in the 1st half. It seems he understands where industry trends are headed and the role Microsoft can play in an increasingly crowded tech space. Recognizing your strengths and weaknesses is the first step in solving any problem. This is an arrow that Steve just didn’t have in his quiver.

On Friday I followed the herd and sold one of my two biotech’s Gilead (GILD) as soon as I saw the news. The 74.77 sale locked in a 26.7% return. I turned to the Magnificent Seven searching for a replacement.

The herd isn’t always wrong. Sometimes they know where the water is or if a Cheetah is hiding in the bush.

To see all closed transactions in Alpha Select Click Here