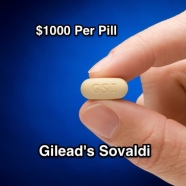 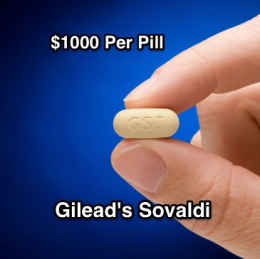 Gilead (GILD) was ground zero for the Biotech sell-off. The sector is down about 25% from its highs made earlier in the year and now (GILD) may be where the sector makes its stand. Unlike Amazon (AMZN), Netflix (NFLX), Tesla (TSLA) and others that have been hit hard by the recent shift out of momentum, many in the biotech sector trade at reasonable multiples and don’t have to grow into their valuation.

On March 21st a House Sub-Committee sent a letter to the president of Gilead (GILD) questioning the pricing of one of their drugs Sovaldi, a very effective treatment for Hepatitis C. The treatment is expensive coming in at $84,000 or about $1000 per pill. The news quickly sent a shockwave through the biotech sector sparking a massive selloff.

Is It Worth It?

It’s important to note that although the drug is expensive, Hep C left untreated could cost health insurance companies far more. Liver cancer and a liver transplant are both possible outcomes. Remember, this is a cure; not an ongoing treatment for a chronic condition.

Pharma numbers for (JNJ) in their most recently reported quarter were outstanding and their Hep C treatment Olysio was a big part of the story. In Q1 there were 11,300 scripts for Olysio. Sovaldi had 62,600 and is priced 26% higher.

The competition is growing so pricing is sure to come down. Merck (MRK) and Abbvie (ABBV) both have new drugs to treat the disease and are being well received. However, even if we give a big haircut to the cost of the drug and earnings, the stock is now cheap. (GILD) is trading at 17x 2014 consensus and 11x 2015. 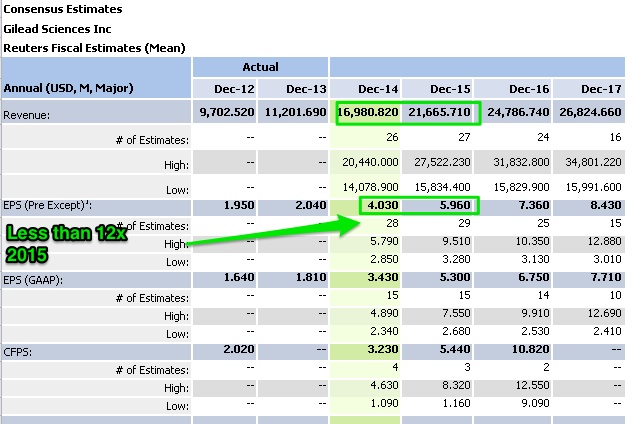 Let’s assume they are forced to take down pricing either from competition or the brow beating of congress. With a 10% haircut Gilead is still trading at less than 13x 2015 well below a market multiple. That seems attractive putting (GILD) into the value camp. In my recent interview with Yahoo host Aaron Task, The Worm has Turned I talked about the ongoing shift from Growth to Value. Gilead seems cheap enough to make it into the value side of your portfolio. 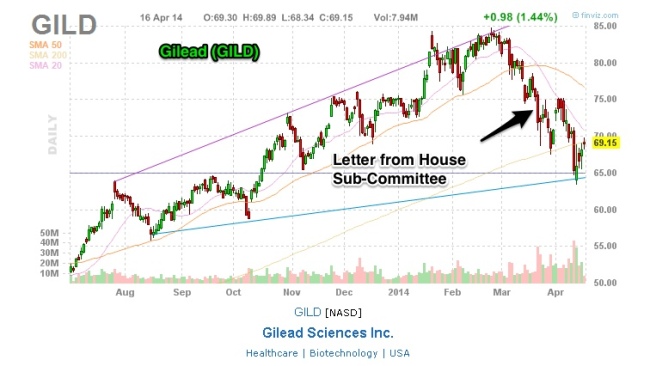 The chart set up is good as well. It’s holding above the base support established back in August through October last year. The same can be said for the SPDR S&P Biotech (XBI). After the March 21st news, the entire sector was hit hard and has fallen 27% from its highs established earlier this year. It has now found support at 115 also established between August and October last year. 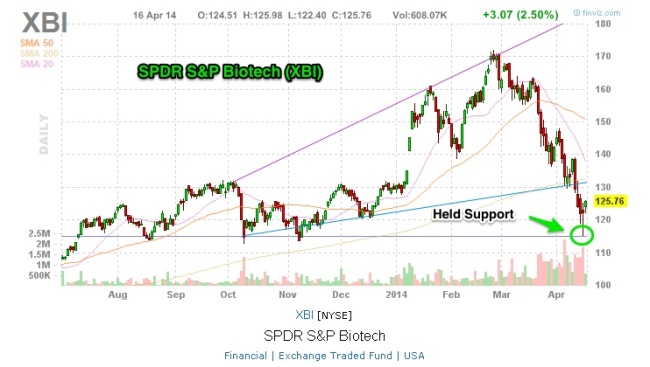 The most recent estimates for the quarter and the year are well above consensus. Some of the street have not caught up yet. 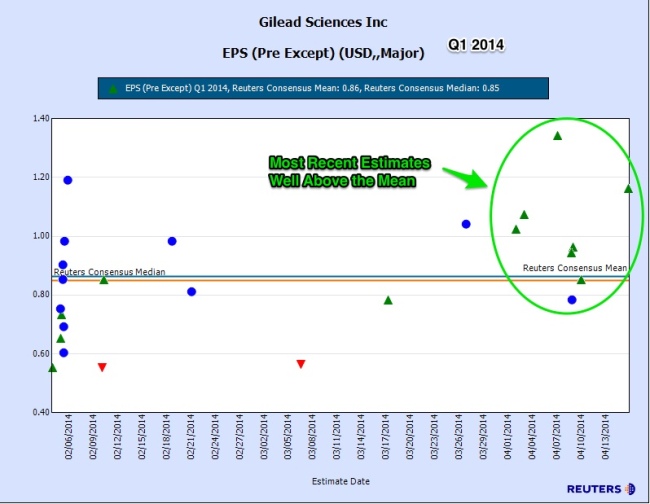 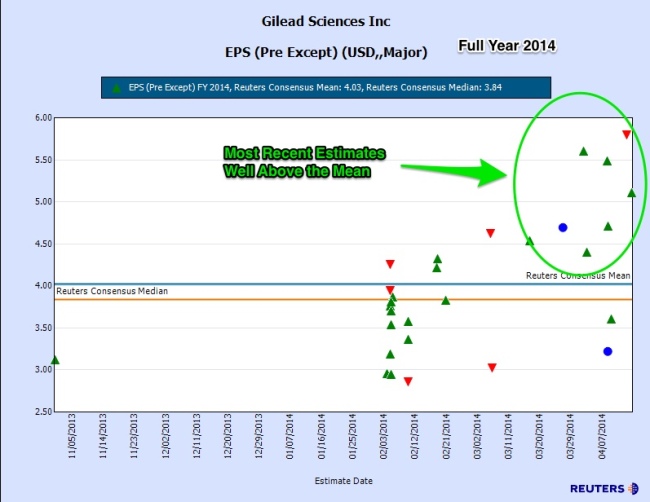 Gilead is where it all started and I suspect where it may end. As mentioned in recent interviews I sold (GILD) on March 21st as soon as I saw the news. As of yesterday I am back in long.

The case can certainly be made that the Biotech sector was ahead of itself and ripe for a sell-off. As for (GILD) despite increased competition and an easy target for congress, the selling seems overdone. I believe both have turned the corner.

Biotech’s and especially Gilead (GILD) are volatile securities. If you decide to take this one out for a spin size your position accordingly.

Funds managed by David Nelson are long both GILD & JNJ