Posted by David Nelson, CFA on October 6, 2014 in Investment Management | Leave a comment 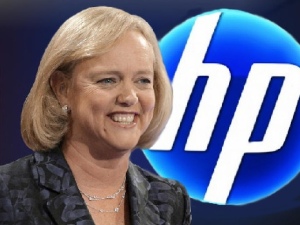 Something was bound to happen at HP so it seems fitting we’d get a breaking story of a large reorganization just days before their analyst meeting on October 8th. For weeks there have been rumors Hewlett Packard (HPQ)* was considering a merger with EMC (EMC). Apparently those talks broke down.

I suppose a split up of the company separating their PC Business from Enterprise is to be expected on the heels of several large Tech companies announcing similar moves. It’s all the rage. If you want to get some traction in your shares spin something off. Just recently HP Chief Executive Meg Whtiman’s former employer EBay (EBAY) announced the spin-off of its fast growing Pay Pal unit. Announcements like this have been well received by investors so I’m guessing the knee jerk reaction will be a pop in the stock.

Ms. Whitman previously decided against a breakup and at least up until recently believed having a company that “can take you from the device to the data center” was an advantage. As reported in the WSJ and the New York Times this isn’t the first time management considered a move. Her predecessor Leo Apotheker pushed for this in 2011 just before being ousted on the heels of the disastrous Autonomy acquisition.

This is a company that value investors’ love and growth investors hate. The value guys point to a tech company trading at just 8.9x 2015 earnings, obviously a lot cheaper than the sector as a whole. The closest comp is probably IBM (IBM) trading at 9.5 next year’s earnings. There’s a lot of noise in that number considering the $3.95 consensus 2015 estimate for (HPQ) is 24% higher than GAAP. (Generally Accepted Accounting Principles)

There’s little here for growth investors to get excited about. Revenue has been declining for some time and current estimates show little growth for the next few years.

I think Meg Whitman has done an excellent job stabilizing the company but she’s obviously come to the conclusion that little can be done in its present form, hence the big announcement. For investors, reorganization is only positive if the units on their own can do better than as a combined company. That’s the message Meg will have to sell after the official announcement.

For those brave enough to dive into the Abyss and purchase the stock in the low teens, congratulations! Rumors of HP’s demise were obviously exaggerated.

The chart below paints an interesting picture. We see two distinct channels each with their own story. The first part of the monster 300% move off the bottom was the realization that HP wasn’t going out of business anytime soon. The second channel points to some signs of stabilization. Meg has managed to stop the decline in EBIT margins (Earnings Before Interest & Taxes) and through cost cutting and layoffs even show slight earnings improvement.

What do you do with the stock now?

If your decision is to stay on board you’ll have to ask yourself; do I want to keep both stocks after the split-up?

According to Research Firm IDC, HP is losing market share and has slipped behind Lenovo to number two in personal computers. The lap-top market continues to be a tough space and for my money their focus has to be on the low end. Just sit for five minutes in any Starbucks (SBUX) and I guarantee you’ll see more Mac Books than HP Laptops. Why limit yourself to one operating system like Microsoft (MSFT) Windows when you can get a Mac and run both at the same time.

Printers are of course a cash cow but when I look at several sell-side models even here I see projections of modest revenue declines for the next few years.

No growth here either. Sell-side models like Bill Shope’s at Goldman Sachs shows a decline in Enterprise Services at least for next year with the only bright spot being software. One look at the macro picture outside the U.S. isn’t encouraging. Oh yeah, a surging U.S. dollar only adds to the pain.

Ok, so it’s a value play but even turnarounds like HP at some point have to find sales growth. As we’ve seen in other large cap names like IBM that can only last for so long. If you must own one of the stocks choose the enterprise spin-off.

Bulls on HP have targets that mostly center around 40 or about 10x 2015 earnings. The Wall Street dance will be for analysts to move their targets higher. But ask yourself. What’s really changed here? I don’t see the split-up substantially changing the growth profile of either division.

Sustainable revenue growth will only come from product innovation or an acquisition. Show me that and maybe I’ll get on board. Until then – SELL THE NEWS.