Posted by David Nelson, CFA on January 2, 2015 in Investment Management | Leave a comment

After a rough start, a series of geopolitical events shaking investor confidence and a disappointing final trading day, 2014 added a 6th year to the bull market that began in 2009. Alpha Select enjoyed another strong year up 13.19%.

Taking an aggressive or defensive posture this year delivered similar results. Growth areas like Biotech and Technology along with a defensive sector like Utilities all ended the year solidly in the black

Make no mistake about it, 2014 had its dark side. The chart of the S&P 500 shows a timeline of just a few of the events investors had to deal with. Any one of them could have derailed the market but we continued to hit new highs all year.

A negative GDP in Q1, a Russian invasion into the Ukraine and the most serious terrorist threat in a decade ISIS, all contributed to the roller coaster ride.

The biggest scare came in October with markets giving back the entire year in just two weeks. Miraculously, by month end we recouped the loss ending in the green.

The Fed is heading to the Exits

Fed members finally seem to be preparing for the first round of interest rate hikes sometime this year. Even Chairwoman Yellen seems to be leaning in that direction. In a news conference following last month’s two day meeting the Fed Chair said; “Employment is rising at a healthy rate and the U.S. economy is strengthening.”

I would agree. While a 5% GDP is unsustainable the Q3 revision shows the economy is starting to gain traction.

The over 45% decline in the price of oil is without question the surprise of the year and as I’ve said repeatedly, I believe the most significant event since the end of the financial crisis. The debate will rage on into 2015 but the apparent end of OPEC influence ultimately will be good news for the world. However, there could be some near term concerns.

I said in Tuesday’s BNN interview, low oil prices can contribute to geopolitical unrest and potentially disrupt credit markets here if crude pushes below development costs. One look at Russia, Venezuela, OPEC and your favorite energy stocks tells you it isn’t all good news. With Brent hitting another 5 year low sitting 32% below the 200 day moving average, I won’t be surprised to see a reversion to the mean attempt early in the year. It’s important to remember that for the first time in decades, oil is trading as a free floating commodity. Whether it settles at $40, $50 or even $80 per barrel the trading band is likely lower.

Our only exposure to the sector currently is Exxon (XOM) and Tesoro (TSO) both modestly in the green. XOM is a low beta play and TSO, a refiner is far less dependent on the actual commodity price. Last month’s series Oil & the Black Swan showed some bonds in the energy patch now trading at 50 cents on the dollar. With potentially 100% upside to the debt of survivors, some hedge funds are focusing on the credit rather than equity.

The Gold Medal goes to Southwest (LUV) with a partial sale locking in 45.9% just since August. Number 2 was a full sale of Microsoft (MSFT) with a 16.4% return. I still like the name but I need to see more evidence that the cloud is going to be enough to offset legacy businesses. Number three was a full sale of Amgen (AMGN) delivering 14.6%. Amgen is one of the more defensive names in the biotech space but given a revenue and earnings growth rate of 5% and 9% respectively seems a bit rich at 18x forward earnings.

I may come to regret the sale of Boeing and will be looking at sales data to determine whether or not to re-enter. There have been some cancellations to orders and my concern is that a sustained level of low oil prices might force some air carriers to rethink purchases or at least the timing of delivery.

RF Micro Devices (RFMD) whose merger with TriQuint Semiconductor just closed, was up a solid 10.5% in December. Number two was supermarket chain Kroger (KR) at 9.5% and up 28% since inception. This is the second appearance for Kroger in Alpha Select Portfolios and for now seems to have the wind at its back. Finally, at number 3 Jones Lang LaSalle (JLL) up 3.9% for the month.

My thoughts and projections for 2015 were laid out in Monday’s Post 2015 Bull Market – It’s Different This Time. If you prefer to see the movie Canada’s BNN picked up the Yahoo Finance story and invited me in for a talk. I went over the highlights with host Frances Horodelski speaking to her from CNN studios in New York on Tuesday 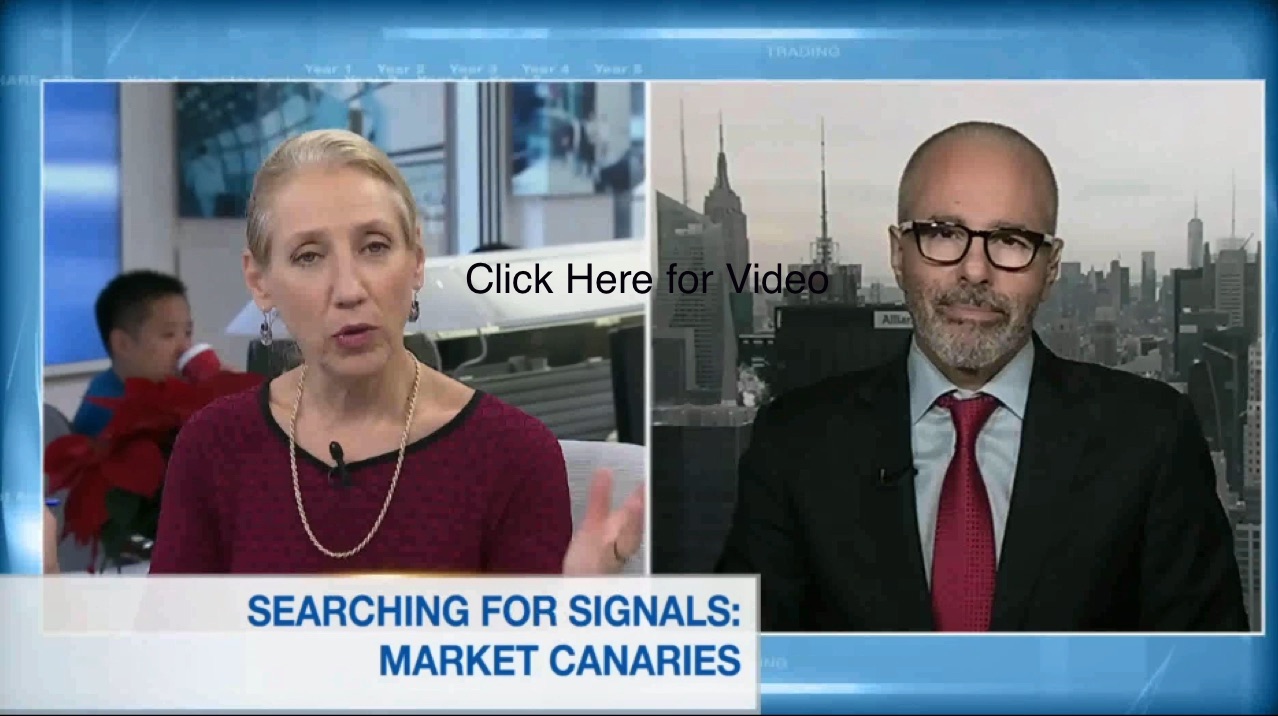 Where Did the Returns Come From?

Healthcare and utilities led the way with energy bringing up the rear. The strength of Utilities surprised many including yours truly. The fall in interest rates was the fuel needed to drive this dividend rich sector to new highs. Despite missing the call last year I doubt Utilities can maintain their record setting pace even in the face of an improving economy. Barring an economic downturn here, each passing day brings us closer to an eventual Fed hike.

Take the time to read or watch the video for my 2015 projections and targets. There’s risk associated with any prediction and for my 2250 target in the SPX a lot of things have to go right. My biggest concern is the bull case is starting to become consensus.

I’ll repeat from Monday’s post. It’s always the unknown that changes our calculus and sometimes forces us to change strategy.

Investing is about flexibility and being prepared to alter your game plan when conditions warrant. Turning the challenges into opportunities is a big part of the job.

I’m entering my 5th year as Chief Strategist of Belpointe and I couldn’t be happier with our team and management’s efforts to keep our firm on the cutting edge.

Please feel free to reach out anytime when you have a question. I’m always just a phone call away.

Performance reported is not GIPS compliant and has not been audited by a third party. Policies for valuing portfolios, calculating performance, and preparing compliant presentations are available upon request. Data as of 12/31/2015.