Home » Investment Management » A shot across the bow… 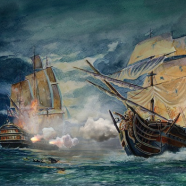 A shot across the bow…

Posted by David Nelson, CFA on October 5, 2015 in Investment Management | Leave a comment 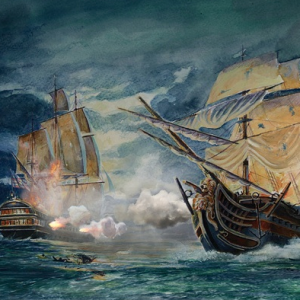 By David Nelson, CFA
For stock pickers Friday’s action was a shot across the bow as the market seemed to embrace a Bad News is Good News psychology. In the face of Friday’s dismal jobs report, traders looked through the dark clouds scooping up beaten down shares or covering crowded shorts.
Not only was the headline number of 142K a big miss but August numbers were revised down as well. Adding insult to injury was hourly earnings and average hours worked both of which ticked lower.
As you might expect the market swooned following the release but 20 minutes later the selling was over. With the exception of an afternoon pause the SPX pushed 58 points and 3% from the low ending higher by over 1.4%.

Also of note, Friday was an outside day opening below Thursday’s low while closing above Thursday’s high. A lot of the technical indicators like this have been less reliable in recent years but the action has to be respected.

Active vs Passive
The battle between active and passive management has raged for decades with both styles going in and out of favor. Active management has had an easier time of late. Barron’s wrote about the trend earlier this year. However, a return to a tide lifts all boats mindset can suck the alpha right out of the market making a stock pickers job that much harder.Post the financial crisis, stock pickers and portfolio managers found it increasingly difficult to outperform. Endless rounds of quantitative easing forced investors into risk assets lifting shares of even the most challenged companies. There was little for portfolio managers to do but go long and hold on.

All that seemed to change in 2013 when the Fed first hinted they were going to start to taper their bond buying program. Active managers started to outperform as stocks with strong fundamentals outperformed their weak sisters. Some focus on bottoms up research while others like myself endorse a more quantitative approach looking at a variety of factors to help in equity selection.

Was Friday a game changer?
Post the report the dots have moved once again with many economists now looking to 2016 as a launch date for the Fed’s first hike. I’ve pointed out in several articles why I think this is mistake but for now that’s water under the bridge and I don’t make the call. 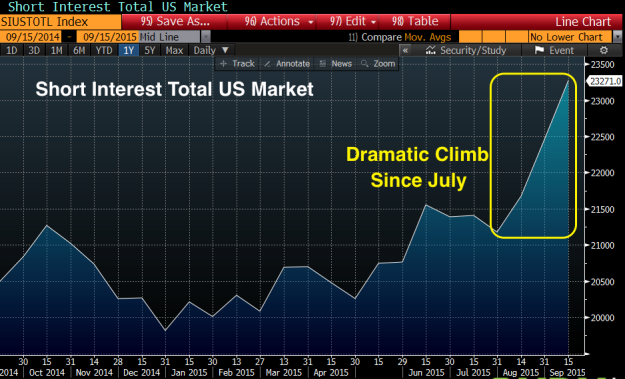 Short interest has been climbing for months which isn’t surprising given the weak economic data from nearly every corner of the globe. A quick look at Friday’s biggest movers points to short covering as a big part of the rally which by the way was all the more impressive with one of the largest sectors in the S&P, Financials turning in a negative performance. 16 of the 20 worst performing stocks in the S&P 500 came from the Financial Sector as all hope of a hike this year seemed to vanish.

One more chart to make you think 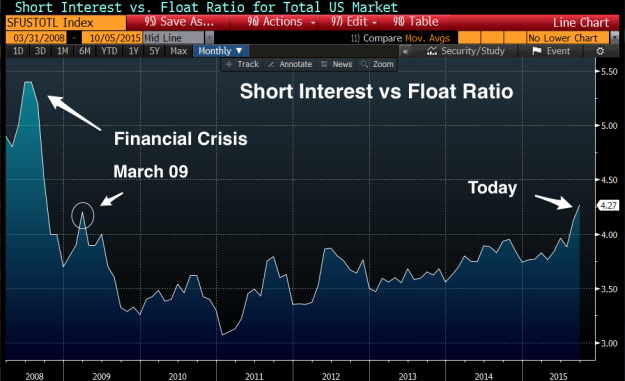 Short interest vs the float today is just above March 2009 levels. Obviously we could push to the crisis levels of 2008 but is our economy really that bad?

Friday’s biggest gainers in the S&P 500

A data sheet highlighting some of Friday’s biggest gainers shows short interest as a percentage of the Float for many was well into double digits. Most were in the energy sector with one notable exception Wynn Resorts (WYNN) jumping over 22% on the heels of news the Chinese government is looking at ways to boost the economy in Macau. Hardly an announcement that could change the dynamic anytime soon but with 15% of the float short, bears looked like the three stooges trying to get through the same door.

A day does not a trend make but if perception shifts among investors that the Fed isn’t likely to do anything or could turn to other monetary tools then we will be back to a risk on risk off mindset where the only decision for portfolio managers will be net exposure. For stock pickers and active managers it doesn’t spell the end but it does mean you may have to alter your strategy. The first step in solving a problem is knowing it exists.