3 steps to a sustainable bull market 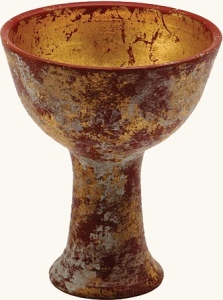 The financial community struggles to find a market bottom most looking to avoid the embarrassment of a wrong call. It’s lonely out on the edge and even lonelier when you get it wrong. Cramer has his 14 steps to a market bottom, I have mine and I’m sure many of you reading this have your own.

In the end, there’s no Holy Grail, no one indicator or data point that lets us blow the all clear sirens. The truth is we’ll see the bottom looking in the rear view mirror. Until then the market is guilty until proven innocent!

There was no one lever pulled sending the markets into one of the worst starts I’ve seen in my career. The top was a process just like the bottom will be. While 2015 looked like a flat year it masked a significant breach beneath the surface.

2015 ended the year with more than 20% of the S&P 500 bear market territory. IMHO the real damage can be traced all the way back to the Thanksgiving Day Massacre in 2014 when Saudi Arabia informed the world they would no longer act as the world’s swing producer to prop up the price of crude.

1. Oil has to stop going down

Oil is #5 on Jim Cramer’s list of 14 steps to a bottom. It’s #1 with a bullet on mine. I’ve penned several times that if there’s a Black Swan lurking you can bet it lives near an oil rig. The world is in an all-out World War for market share all waiting for the other guy to blink. Increasing spreads in credit default swaps in the U.S. energy complex and even the gov’t paper of Saudi Arabia point to this as a major source of economic instability. The importance of crude can’t be overstated. Friday’s rally, seen round the world came on the heels of a 9% jump in crude.

The potential to spill over to other parts of the economy is enormous. We’re already seeing banks taking increasing reserves in relation to deteriorating loans to energy producers. Oil doesn’t have to necessarily rise but at the very least it needs to stop going down.

The price of any commodity is a battle between supply and demand. Saudi actions and new technology here in the United States addresses the supply issue and economic deterioration in China speaks to the demand problem.

Throughout history commodities including crude have seen extreme price swings going from boom to bust and back again. Today, China can be found at the front and back end of these cycles and the principal catalyst influencing demand.

2. The Fed should ignore Wall Street

Too much focus and reliance is placed on the Federal Reserve. It’s been just a few weeks since the Fed raised rates for the 1st time in years and already some of the most influential people on Wall Street are calling it a mistake.

Jeff Gundlach, the brilliant fund manager and founder of Doubleline Capital Management has said the Fed wouldn’t be able to raise rates 8 times in the next 2 years. I would agree. I think most investors realize that the terminal rate will be well below previous cycles. At the World Economic Forum in Davos, Ray Dalio Chairman of Bridgewater Associates the world’s largest hedge fund, points to another round of quantitative easing. I realize these gentlemen are two of the most brilliant minds of my industry but respectfully I disagree.

Monetary policy has run its course and continued reliance on it as a backstop to failed fiscal policy produces diminishing returns and even worse prolongs any effort to remedy the real problems economies face both here and abroad.

3. CEO’s need to end their reliance on financial engineering

One look at the S&P 500 Buyback index vs the index (SPX) itself shows just how successful buying back shares was for stock returns over the last 5 years. With interest rates low it was understandable why CEO’s picked the low hanging fruit but unfortunately it came at the expense of R&D and CAPEX. However, in the last 6 months we can see that outperformance turning into a drag on returns.

The continued use of financial engineering and buybacks has the potential to haunt markets and our economy for years to come. Today, CEO’s are failing their investors and employees looking for the quick fix to lagging sales. Buying back stock to prop up earnings helps management hit performance based pay targets but in the end does little to promote long term stability and growth.

One look at the poster child of these policies (IBM), shows just how futile it is. Buying back stock to the tune of about $13 Billion per year has done little for IBM’s stock price and nothing to improve revenues which have now declined for 15 straight quarters.

If buybacks are slowing or the fortunes for these financially engineered companies has started to turn then it’s the price we must pay for the market and our economy to get back on a path to sustainability.