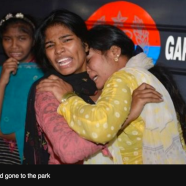 Posted by David Nelson, CFA on March 27, 2016 in Investment Management | Leave a comment 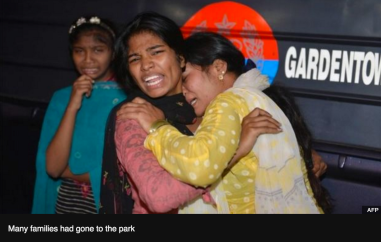 When I started this article I had 5 key observations to make as we start the trading week post the Easter holidays. Now of course we have a 6th following a deadly attack in Pakistan where the suicide bomber’s target seems to have been innocent women and children.

As of this writing at least 63 people are dead with more than 300 injured, numbers that are likely to climb. The incident took place in a children’s park in Lahore, the capital of Pakistan’s Punjab province. It’s hardly a coincidence that the attack came on Easter with many Christians celebrating the holiday. A Taliban group has claimed responsibility and according to the New York Times the explosion seems to have coincided with violence in other parts of the country.

While there isn’t a direct correlation to trading this week terrorist events usually force risk premiums to rise. However, I’ll point out attacks are coming with such regularity investors have become numb using the events as an opportunity to buy assets on the cheap.

Expect every candidate to turn up the rhetoric on why their plan is best to take out the enemy.

Oil is off the front page for the moment but make no mistake. Much of the rally off of the February lows was a gift from energy markets pushing oil up to $40. As you can see in the chart, the fall in high yield spreads coincide perfectly with the rise in crude. It’s been well documented how problems in the oil patch have started to spill over to the financial sector. Each dollar higher in crude (USO) means less bankruptcies and more stabilization in markets. If crude revisits the lows of February it will drag stocks (SPY) right along with it. 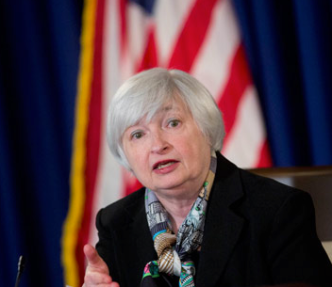 Yellen speaks at the NY Economic Club on Tuesday

I think it’s safe to say all eyes will be on Janet and her commentary Tuesday. She’s likely to be a little more upbeat since we last heard from her but will of course once again say the Fed is data dependent. As has been policy for the last several years spanning two Fed Chairs investors are forced to parse through often conflicting messages as a parade of Fed heads take to the media to voice there own personal views.

If the Fed was a corporation the communications chief would have been fired a long time ago. They need a consistent message or better yet no message at all. To the best of my knowledge the following FOMC Policy Statement hasn’t changed.

Federal Reserve staff play a significant role in enhancing public understanding of the Committee’s actions, thereby promoting the effectiveness of monetary policy. In all communications with the public regarding monetary policy issues, members of the staff should refrain from publicly expressing their own personal opinions or predictions regarding prospective monetary policy decisions.

The focus recently has been Trump’s problem with women but the Sunday NY Times article about his worldview that “America comes first” will likely take center stage. This plays right to  the heart of Trump’s base as the message echo’s their belief we spend to much protecting our neighbors with little in return. This is a topic that has legs and will live on long after the election whether or not Trump is the nominee.

Friday’s Q4 GDP was revised higher. The third estimate comes in at +1.4% ahead of consensus +1.0%. The main driver was the consumer. The chart above from Bloomberg this weekend shows a continued divergence between jobs and corporate profits.

For my money the corporate boardroom is the biggest challenge for the U.S. economy and in the end the markets. Some of us have been carrying the torch on this issue for years but recently the mainstream media and finally the SEC are taking notice.

The parade of poorly conceived buybacks that are offering diminishing returns is the direct result of management selling the company’s future to prop up the bottom line which in many cases is nothing more than a veiled attempt to hit stock based compensation goals. All of this comes at the expense of R&D and CAPEX. After a rash of new articles and op-eds the SEC has finally said they are looking at abuses in Non-GAAP accounting. This started spinning out of control during Bill Clinton’s tenure in the White House when his administration opened pandora’s box with regard to Executive Compensation. Read “Why CEOs make more than 300 x workers” – Feb 2015

On Friday we get a look at March employment with the headline number expected to come in about 200k. As you can see in the chart above we’ve been running plus or minus 200k jobs for  most of the last 5 years. The focus continues to center on wages and hours worked. The street is looking for an improvement over last month’s disappointing (-0.1%) expecting +0.3%. A disappointment here will certainly make it into the campaign rhetoric with all candidates issuing statements that they have the solution. A disappointing number will be toughest on Secretary Clinton as she has positioned her campaign embracing the President’s legacy.

Thanks for taking the time to review. There were too many issues this week to focus on just one. I hope you found the note helpful. Have a great week.