Posted by David Nelson, CFA on August 7, 2016 in Investment Management | Leave a comment

U.S. Stocks have paid off handsomely over the last 5 years but it’s been the perceived safe haven trade that has captured the hearts and minds of investors. Utilities (XLU), Telecoms (XTL), Consumer Staples (XLP), Treasuries (TLT) and all manner of fixed income have been the go to investments especially for the retail investor. Gold (GLD) is the darling of 2016 but it’s important to note the yellow metal is still down over 30% from the highs of 2011.

None of this is surprising when viewed in a broader context. In the last 5 years, every attempt to break out of the economic malaise seems to stall as one positive economic data report is countered by several that are less than meets the eye.  BREXIT, an endless wave of terror attacks and an election cycle that most would like to forget all add to the uncertainty making investors more comfortable in the bunker than venturing out into the daylight.

U.S. markets are at all-time highs but no one seems to be celebrating. Many of the major strategists have index targets at or just slightly above where we stand today. Not surprisingly each push higher is met with a wave of skepticism as smart money fades the move. However, there is an inherent danger in this line of thinking. Investors have a habit of extrapolating recent trends well into the future.

One of the more powerful trends has been falling yields driving safe haven assets like Utilities, Consumer Staples and Bonds higher. It’s been difficult to argue with this line of thinking especially in a world where institutional investors continue to pour capital into sovereign debt willing to accept a negative rate of return.

Is your investment in (KO) safe?

Investors continue to use Consumer Staples sector (XLP) as a bond proxy not realizing just how far they’ve pushed the envelope. Some consumer staples stocks like Kimberly Clark (KMB) are valued as though they have the cure for cancer. There’s nothing proprietary about tissue paper. Others like Coke (KO) have had three straight years of negative year on year revenue growth and 2016 & 17 look to be more of the same. Despite these dismal metrics and nearly 23 x 2016 earnings it sits near an all-time high. Finally, Consumer Staples (XLP) at 2.33% yield only slightly more than (SPY) S&P 500 ETF.

For the last month risk assets have handsomely outperformed their safe haven siblings most in negative territory for the last 4 weeks. The riskier the asset class the better the performance. Global equities with Emerging Markets (EEM) leading the way have had a strong 4 weeks even in the face of BREXIT and an attempted military coup in Turkey. U.S. stocks have been strong as well with high beta biotech’s (IBB) reversing a bad start up over 20% off the bottom. Of course, when we look at these same ETFs year to date the chart is all but upside down with Gold (GLD) well out in front.

A month doesn’t a trend make but it’s a start and the shift in sentiment shouldn’t be ignored. Markets outside the U.S. have their own dynamic and have lagged the U.S. dramatically over the last 5 years. (EEM) is a market leader year to date but is still in negative territory looking back over the same time period.

Asset classes compete for capital and I suspect if risk assets continue their march north it will come at the expense the perceived safe haven trade. It may be too early make a call but the chart above will give you a clue. The U.S. 10 year yield is still in a confirmed downtrend and bond bulls are anything but scared. However, a break above 1.7% would garner a lot of attention. The more important line in the sand is 2%, above the March highs and a longer term down trend nearly 3 years in the making. 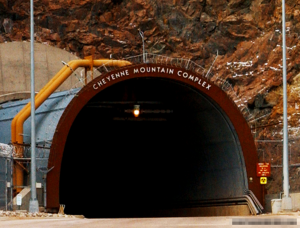 For now the investors living in the bunker still feel safe, confident in the fact that each dip is another buying opportunity. They are certain the economy both here and abroad has flat lined as most charts of economic activity looks eerily similar to the EKG of a patient in cardiac arrest.

What if the patient isn’t dead? What if positive economic activity like Friday’s large jobs beat at 255k and hourly earnings rising at 0.3% are the beginning of a trend and not the end of one? Stocks are breaking to all-time highs once again in the face of a lot of bad news. Price performance often leads fundamentals and maybe just maybe they are seeing better times ahead.

Asset Class tops are often defined by bubbles. The internet bubble was classic driving stocks to a peak in early 2000 followed by another peak in 2007 as excesses in the housing market caused a collapse in prices. I submit with a good portion of the world plowing capital into assets yielding a negative rate of return, the bubble isn’t in stocks but in bonds.

Life in the bunker is comforting especially when you hear muffled explosions and people screaming outside your door. But when those screams turn to laughter you just might find your steel plated bunker is made with little more than straw.

*At the time of this article Tactical Funds managed by the author were long SPY, EFA, EEM, IBB, IDU & TLT