Wake me when September ends – 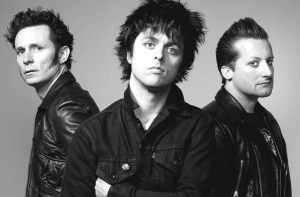 There were few innocents in September but the closing month of summer had its share of villains. Wells Fargo’s (WFC) CEO John Stumpf was forced to explain in front of congress why his company shouldn’t be labeled a criminal enterprise. Deutsche Bank (DB) weighed on the financial sector sparking fears of a systemic event. Economic data failed to impress and both Draghi & the ECB along with Janet Yellen’s Fed did little more than confuse investors.

Despite these concerns the S&P (SPY) managed to put in a flat performance recovering from a 3% loss at the start of the month. Of the month’s challenges I would say the issues at Deutsche Bank (DB) were the markets’ biggest concern. Even 8 years after the collapse of Lehman the potential for a systemic event lurks in hearts and minds of investors. 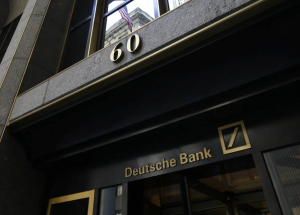 Triggering the events in Germany’s flagship financial institution, the U.S. Justice Department hit Deutsche Bank (DB) with a $14 Billion fine sparking concerns the bank’s capital structure was in question.  The fine was to resolve an investigation of the bank’s sale of mortgage-backed securities prior to the 2008 financial crisis. According to the Wall Street Journal, the administration quickly became concerned they had sparked a run on the bank that could spread to our shores.

When rumors surfaced that the fine might be cut by the administration to just $5 Billion, Deutsche Bank (DB) jumped over 14% sparking an end of month rally.

Banks have been a major source of concern for most of the last few years. First, there is the nagging issue of net interest margins or NIM which have been under pressure for years. Periodically, banks make a run for higher ground on the hopes a Fed hike would help their cause. September, disappointed once again but banks this time seem a little more resilient. With market multiples stretched, banks represent one of the last sectors where valuations are respectable. Any good news could spark a catch up rally.

Fears that a systemic event lurks in the shadows of our banking sector aren’t based in fact. U.S. banks look nothing like the institutions that were falling into the abyss during the dark days of the financial crisis. Dodd Frank and other legislation have done their job and for some critics i.e. yours truly maybe all too well. Granted we want to make sure we never see again the abuses of past years but if you push the envelope too far you limit the economy and in turn hurt the average citizen. Banks have to put money at risk in the form of loans if the economy is too expand. A healthy economy and banking sector go hand in hand. Japan is learning this lesson as aggressive monetary policy is destroying some of their largest financial institutions with evidence mounting it is spilling over into their economy.

Wells Fargo (WFC) and the pitiful performance of an arrogant CEO didn’t help the cause of bank investors this month. John Stumpf was maybe the most ill-prepared CEO I’ve seen speak in front of a congressional committee. If the buck truly stops here which he said repeatedly regarding allegations the bank was opening phony accounts to meet sales goals, then his resignation should be forthcoming. It’s not often I find myself on the same page as the Senator from Massachusetts, Elizabeth Warren but her questions to Mr. Stumpf were right on point. It will be very interesting to see if the bank’s largest shareholder Warren Buffett does more than just talk the talk. Can he walk the walk and put some pressure on the board. Even if he does, I fail to see how Mr. Stumpf survives no matter how much compensation he loses.

The Fed wants to buy stocks

Once again the Fed punted in September’s meeting as they are boxed in between two driving forces. First, economic conditions are sluggish at best. My good friend Joel Narroff Chief Economist at Narroff Economic Advisors said in Friday’s note; “if consumers are driving the economy they must be stuck in traffic…”

Most of the governors including Chair Yellen would like to raise rates creating a buffer to provide accommodation if and when we hit the next recession. December is the next likely meeting for a hike but until we get better numbers out of the economy my confidence is low.

Janet loves to say they have many tools at their disposal and until recently I would have said the toolbox is empty. In their infinite wisdom it appears Chair Yellen is entertaining the idea that the Fed could buy stocks to provide accommodation in the next crisis. Currently the Fed is barred from buying corporate assets. Never the less the Chair told bankers in a meeting last week in Kansas City; “It could be useful to be able to intervene directly in assets where the prices have a more direct link to spending decisions.”

The concept of expanding the balance even further than it is defies explanation. Combined with other toxic remedies like negative rates in sovereign debt what could possibly go wrong? The most frightening aspect of these ideas is the arrogance of central bank policy makers believing monetary policy can make up for failed fiscal policy. By even coming up with these ideas they become enablers taking congress off the hook. Why bother doing anything on the fiscal front when central banks are there to “bail you out.” All of this works right up until the time it doesn’t. Jason Trennert of Strategas Partners has pointed out repeatedly monetary policy needs to hand off the baton to fiscal policy. I couldn’t agree more.

Election polls have had a big effect on security and sector returns especially notable in Healthcare as a Democratic win deserved or not implies an attempt at price controls. Regardless of the election results I’ll repeat once again that the winner will become President, not King or Queen. They will still have a congress to deal with so by definition sweeping change on any front will come slowly. 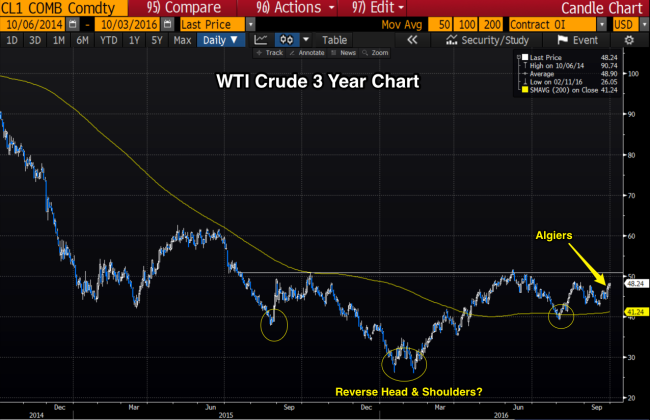 The other big news this month driving a late month surge in crude and oil stocks driven by an announcement out of Algiers that OPEC members had agreed to a cut or freeze in production. The devil is in the details but given their history I find it doubtful that any long term agreement can be maintained. Oil prices will continue to be determined by supply/demand metrics as long term the cartel has lost the power to set world prices. Technology, making once unusable oil & natural gas fields viable has changed that dynamic forever. The best thing that could happen for oil prices is increased economic activity.

Not many oil companies rank high in my models but several industrials that manufacture drilling equipment and power generation as well as petrochemical companies in the materials sector do.

While estimates for the S&P 500 as a whole have continued to be optimistic over the last year we’ve seen a steady erosion in the bottom line since late 2014. We start off each year with optimistic forward looks only to be disappointed as the year unfolds. Hence the stretched valuations and dependency on low interest rates to support current prices.

Current stock prices imply that there are better times ahead and a cyclical recovery is just around the next turn. That may be good enough for now but at some point it has to show up in increased sales and organic bottom line growth. Not the financial engineering gimmicks of past years.

← I’ve good news & bad news for investors – Which do you want first? Is the bull market in gold over? →