Home » Investment Management » SPY: The other side of Armageddon

SPY: The other side of Armageddon 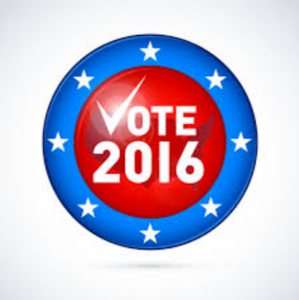 With angst over the election rising its not surprising markets have struggled for the last several weeks. Friday’s close slightly in the red gave us 9 straight days to the downside an event not seen since 1980. The media blitz adds to the drama painting Tuesday as an apocalyptic event.

While it’s possible that most of the decline in the last 6 weeks is related to the swings of politics I suspect given the technical damage and economic data that is mixed at best, investors are concerned about more than just the outcome of the election. Add a Federal Reserve that has lost the confidence of investors and you have a toxic cocktail of uncertainty.

In the end it may not matter whether the Fed has made or will make the right moves. If investors have lost confidence the negative bias can become a self-fulfilling prophecy. The chaotic communication policy of Chair Yellen and her subordinates has done little more than confuse both professional and retail investors alike.

The same is true of government. If America has lost confidence in the very political system that built the greatest nation the world has ever known, then the outcome of the election will matter very little in the long run.

Struggling to hold the flat line

The S&P 500’s (SPY) struggle to hold the flat line for the last 2 years isn’t surprising when you consider profits peaked all the way back in late 2014. While the earnings backdrop is brightening somewhat, it obviously isn’t being confirmed by recent price action.

For most of the year U.S. markets have been highly correlated to crude prices. The market bottomed earlier in the year as oil rallied off the lows and here we are several months later struggling as crude rolls over on the heels of another OPEC failure to cut production.

So what lies on the other side of Armageddon? I suppose that’s the question investors have been asking for the last few weeks as they hit the sell button stepping to the sidelines. The knee jerk reaction after the results will likely be faded by the so called smart money. Until very recently the market had priced in a Clinton victory. However, the FBI’s reopening of the email investigation turned that trade on its head in the last week. All or some part of the recent sell off could be recouped if in fact Hillary prevails on Tuesday.

The media along with market pundits like Mark Cuban believe we could see a sell off following a Trump win sparking fears of the end of capitalism as we know it.

I recognize that both outcomes are a possibility as herd mentality can drive the sentiment at least in the short run. But I also know that markets have a tremendous ability to surprise in ways we never expected. Who would have suggested the best hedge against Brexit was to go long stocks. Even today after two months of weakness we are well above the Brexit lows.

Whatever the outcome of Tuesday’s election and despite the yelling and screaming I see on my Facebook page America will survive. I’ll repeat what I’ve penned in previous posts; “We elect a President, not a King or Queen!” Government moves painfully slow. The negatives are well known and we’ve seen how difficult it is to pass legislation even with bipartisan support. The bright side is that it works the same in reverse. Bad legislation is just as time consuming to pass and acts as a speed brake against poor decisions.

News surrounding the election is coming in fast and furious making market conditions fluid and somewhat chaotic. As of this writing FBI Director James Comey said in a second letter to congress Sunday; “the agency is sticking to its conclusion that her handling of her e-mails wasn’t a crime.

We may get our knee jerk reaction a bit sooner but despite the release markets still have some damage to repair.

*At the time of this post some funds managed by David were long (SPY).