Home » Investment Management » Why are utilities making a comeback?

Why are utilities making a comeback?

Posted by David Nelson, CFA on February 27, 2017 in Investment Management | Leave a comment

In a recent note Goldman (GS) Strategist David Kostin points out that; “Fund managers are currently caught between a long list of risks and a market climbing steadily to new record levels.”

It’s early in the year but the cost of being under invested or even worse short, already is producing casualties. U.S. markets had plenty of opportunity to crack last week but managed to hold on. Stocks continued to inch higher despite confusion around the Fed minutes, weak markets in Europe and concerns mounting over key administration initiatives like tax reform. 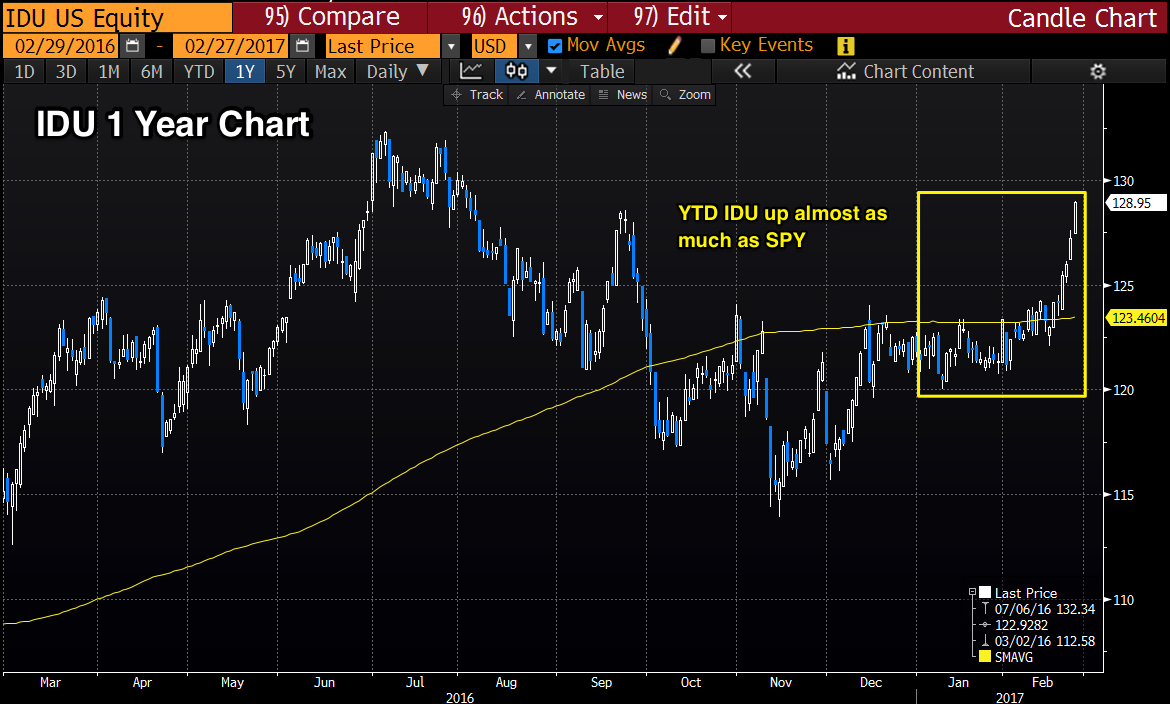 Lost in the media hype surrounding record highs and magazine articles pointing to DOW 30,000 bonds and bond proxies like Utilities (IDU) and REITS (IYR) have been making a comeback after being thrown away in the aftermath of what many refer to as the Trump Rally. 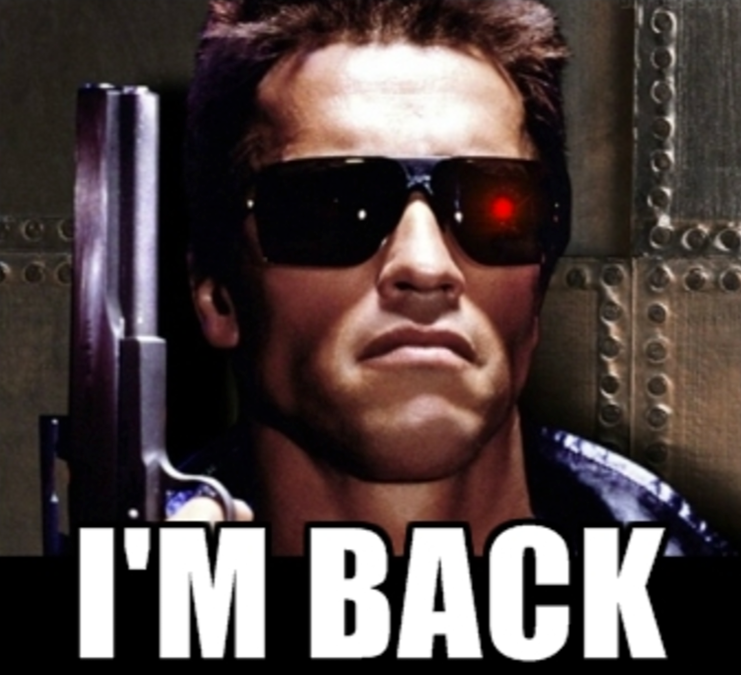 Quietly, with little fanfare or commentary some safe haven trades have been screaming, “I’m Baaack” as yield hungry investors pile back in. Year to date, Utilities (IDU) are up just shy of the (SPY) S&P 500 ETF 5.74% return.

To date traditional treasury ETF’s like iShares 20+ Year Treasury Bonds (TLT) have been just marking time but iShares (TIP), (IDU), (IYR) and (PFF) have been ripping off the lows threatening to break out from weeks of consolidation.

All this begs the question; just how strong are market fundamentals and the economy if investors are starting to head back to the bunker?

To be fair some bond proxies like Utilities (IDU) eventually disconnect from the yield curve. Strength in utilities can also be the result of improving data. Increased economic activity can easily translate into higher consumption and power output. In other words Utilities could be going up for the right reasons.

It’s way too early to say any of this is a concern just yet. The best that can be said for treasuries at the long end is that they’ve stabilized.

Never the less with several key administration initiatives seemingly pushed back to late in the year or early 2018 investors will be forced to wait, not something they’re very good at.

*At the time of this article some funds managed by David Nelson are long SPY, IDU, & PFF