Posted by David Nelson, CFA on April 2, 2017 in Investment Management | Leave a comment 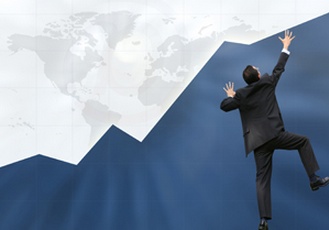 On the heels of a persistently low (VIX) CBOE SPX Volatility Index, markets hit a speed bump in March with most of the major averages ending flat to down for the month. The best performer was the NASDAQ which put in a small gain adding to an already very good year. Washington seems to be the principal point of concern as investors react to every media soundbite, tweet and press conference

The anxiety hit a peak when it became clear the administration was scrambling for votes ultimately pulling a controversial replacement for the Affordable Care Act. The miss-match between perception and reality sent the S&P 500 (SPY) down well over 1% and its biggest one day loss in months. Despite the hiccup and flat performance for the month stocks put in their best quarter since 2015.

In previous posts I’ve discussed the gap between investor perception and the actual timeline of administration policy. Too many are counting on a comprehensive tax reform package in 2017 a challenge given the last real effort was during the Reagan administration following 4 years of negotiation. We’re not going to unwind 77,000 pages of tax code without cooperation from both sides of the aisle a prospect I give low odds. There’s bi-partisan support for the effort as the current system encourages companies to grow revenue off-shore.

A cap gains cut to 28% could happen followed by a potential agreement on repatriation of off-shore corporate cash but the devil is in the details. I believe most institutional money managers have adjusted reigning in some of their lofty expectations. With the first quarter in the rear view mirror we turn once again to the fundamentals.

The set-up heading into earnings is descent with the S&P tracking about 10% EPS growth and weighted revenue growth in single digits. The good news isn’t just confined to the U.S. Most of the world’s developed markets are in the green for the year in both local currency and U.S. dollars. This week Goldman pointed out that global cyclicals are up a strong 7% YTD.

Here in the U.S. sector performance is a familiar picture with Tech (XLK) leading the way and Energy (XLE) once again in the penalty box.

Market internals have deteriorated somewhat and will likely take time to repair. Last week the NYSE Bullish Percent Index rolled over and the Advance / Decline line an indicator of market breadth is struggling to regain the highs. It’s way too early to be sounding alarms but these early warning signs need to be monitored.

Markets always climb a wall of worry and today investors are increasingly looking to the upcoming elections in France as a source of concern. Most polls show the far right candidate Le Pen with little chance to win but given the performance of pollsters in 2016 nothing is off the table. The EU is already struggling with the exit of one of its most important members in the form of Brexit. Britain Prime Minister May has invoked Article 50 and now the 2 year time line begins as the negotiation period unfolds.

Many believe Le Pen could make similar moves even leaving the Euro itself. Less than a week ago she told a rally; “The European Union will die because the people don’t want it anymore…” I’ve long held that it is difficult to maintain a common currency without a common government.

While much of the U.S. economic data has been positive it’s hard to ignore the gap between what is considered hard and soft data. The chart above put together by Morgan Stanley (MS) and Bloomberg points to a widening gap between soft data in yellow largely driven by sentiment indicators and the blue line averaging hard data points like retail sales and other measures of the economy.

Like I said there’s always something to worry about.