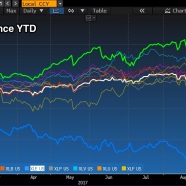 For most of the last 18 months it’s paid to be tilted toward the reflation trade with overweights’ in financials, tech and industrials. As tax reform made its way back into the news cycle yields started to return to the upper end of the trading range and despite a legislative goose egg for the GOP the economic backdrop has been strong.

Tech still out in front

If I had to point to two conditions driving U.S. markets to all-time highs it would be the following:

Concerns: As I discussed in several interviews last week, markets are clearly starting to price in some level of tax reform. Given that there is little time between now and January the unofficial start of the 2018 election cycle, meaningful legislation will be tough to get through both the House and Senate. It will likely be February before the President could see a bill on his desk. Whatever Kumbaya moment exists between the right and left over tax reform the election rhetoric will probably get pretty nasty as the year unfolds, making it difficult if not impossible to get anything done.

Probability of a Hike before year’s end

The second big concern is of course the Fed and the market’s potential response to the unwind of a nearly $4.5 Trillion balance sheet. Clearly, with markets at all-time highs investors are convinced the Fed can pull it off. Treasury yields are still in a confined range although have risen off the lows last month. Probability of a hike in December is now up to 79% as hawkish commentary and resolve of the Fed to live up to promises of normalization seem to be sinking in. 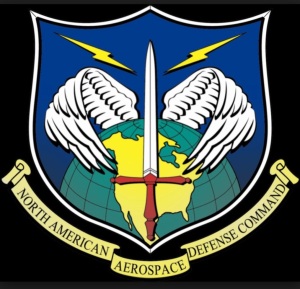 Off the front page, at least for the moment has been North Korea. Given the unstable nature of Kim and a desperate need to remind the world they are a threat, it’s only a matter of time before the next missile launch wakes up NORAD (North American Aerospace Defense Command) in the middle of the night.

To date market’s have chosen to ignore geopolitical events adding even more money when the market gives them an entry. I suspect that dynamic will change if and when trade sanctions with any of our largest trading partners becomes the weapon of choice.