Stocks didn’t get the memo

On the heels of a market friendly tax cut, record corporate earnings and a chorus of talking heads including yours truly predicting another year of rising stock prices, only one thing is missing. Stocks didn’t get the memo. With the exception of some standout stars like Netflix (NFLX) and others with a secular tail wind, all in the market is pretty much where we started the year.

Every bull market has its wall of worry and this year is no different. The usual market killing suspects are all doing their best to keep investors off balance. The Fed has a long history of market homicide having killed more markets than I’ll see in a lifetime.

In today’s politically charged climate, investors understand they are always a headline or tweet away from a 500 point down day. While all of the above weigh on sentiment last week’s trading action pushing Technology off of its high perch rattled the bull market thesis and maybe becomes its biggest challenge. 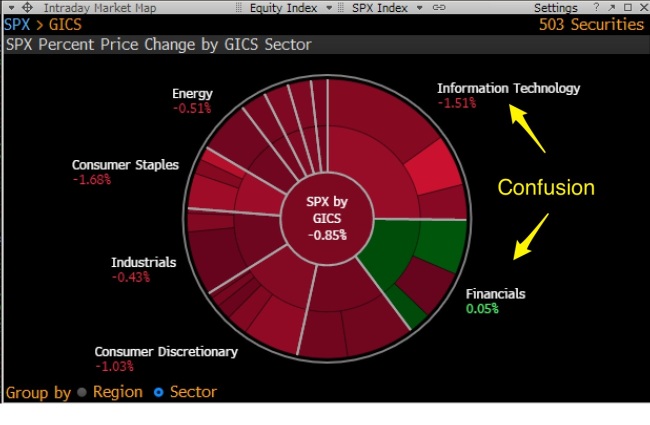 A Bull Market without Technology leading the charge just isn’t in the script. One look at a sector heat map had me wondering whether we were RISK ON or RISK OFF. Tech and Financials leading the pack are almost a given in any bull market thesis but last week one half of that equation was missing. 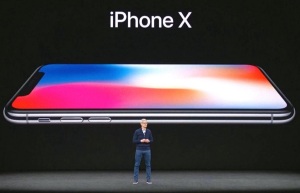 Replacement cycles for Apple (AAPL) are lengthening and for my money the iPhone X was less than hoped for. I was an anxious buyer when it came out and rushed to the stores but found the new device only incrementally better than my 7 plus.

We’ve been here before and likely will again so a slowdown at arguably tech’s most important franchise while a problem, is cyclical in nature and easily repaired in the next product cycle.

The second challenge is more serious with an end game that’s uncertain. The Facebook (FB) – Cambridge Analytica revelation was a defining moment in Big Cap Tech. In case you didn’t notice the tectonic plates moved under our feet.

Like it or not regulation is coming to Technology. Facebook founder Mark Zuckerberg’s testimony invites the regulation and has parallel implications for the rest of the sector. Big data is big money and in one way or another represents huge levels of information and cash flow for Alphabet (GOOGL), Amazon (AMZN) and everyone in between.

If that data is regulated or in the case of Facebook consumers are given a chance to opt out, than as a vendor that data is worth less. Business models will change along with margins and profitability.

I wouldn’t shed any tears for these giants. Regardless of the regulatory outcome their futures are assured but it’s hard to believe there won’t be a financial impact. Mark Zuckerberg has said they are doing more to protect consumers and their data which will likely mean additional employees and of course rising costs.

The sentiment in Congress can be summed up best with Senator John Kennedy’s comment to Mr. Zuckerberg; “Your user agreement sucks.”

While few of these new costs will show up in this week’s earning’s reports Alphabet, Amazon and Facebook need to deliver some good news to shore up a Tech sector with a confidence problem.

For now Financials seem to be the stronger sector and maybe for good reason. In a market that is pushing the envelope on valuation, a sector whose biggest components like JP Morgan (JPM) and Bank of America (BAC) trading at under 13x earnings with double digit growth for the next few years looks pretty attractive.