Fighting the War on Two Fronts

Posted by David Nelson, CFA on August 5, 2019 in Investment Management | Leave a comment

Generals will tell you that fighting a war on two fronts is difficult at best and produces a unique set of challenges. Germany learned this lesson during World War I fighting the French, British and later American forces on the Western Front while confronting the Russians to the East.

The President faces a similar challenge locked in a battle with a Federal Reserve he believes threatens his pro-growth agenda while at the same time going head to head with China’s President Xi, in a trade war likely to change the working relationship with the world’s second largest economy for decades to come.

Caught in the middle of this Wall Street no man’s land, investors hang on the next comment from the Fed Chairman or tweet from 45th President ready to pull the trigger or rip cord.

Traders came into last week prepared to deal with an important FOMC decision which delivered as expected the first rate cut in more than a decade. It usually takes a day or two for markets to adjust often fading the initial knee jerk reaction. At the start of Thursday’s trading we got just that as investors shrugged off the poor reception to Wednesday’s post FOMC decision press conference, scooping up shares cast aside the day before.

Without warning, shortly before 1:30PM EST Thursday, the Tweet above rocked markets reversing a strong day for the DOW falling about 470 points off the high. Friday’s continued slide slashed through the 50-day moving average before closing the session slightly above.

During World War II the United States fought essentially two wars with troops deployed in Europe and the Pacific, a war that for Americans took the better part of 4 years. For investors, that time frame could easily be the same with little chance both challenges will be resolved quickly.

Did the Fed need to cut rates?

As I pointed out during several interviews last week “we can debate the necessity of a rate cut but one thing that isn’t up for debate, is what the market reaction will be without one.” In the absence of inflation that continues to come in below the Fed target, its clear last year was a policy mistake. The inverted yield curve demanded a cut with short rates above long rates going out beyond 10 years. Add the fact that Germany and other developed economies have negative rates I found the rate cut inevitable.

The chart above comes from our good friends at FactSet showing just what happens when the Fed starts cutting rates following a yield inversion, which I believe signals danger ahead. The 10-year vs 1-year spread went negative at the end of May this year and our first rate cut this cycle was of course was last week. If history is any guide it will take some time to see if history repeats itself and the spread improves.

To be fair, many economists believe a rate cut is unnecessary and perhaps dangerous. Even inside the Fed there are those who objected to last week’s decision. Boston Federal Reserve President Eric Rosengren and Kansas City Fed President Esther George dissented believing the economy is too strong to warrant a cut.

On the inflation front I’m less concerned. Over the last half century energy costs we’re a key component of inflation and it’s of course no different today. Energy touches every fabric of our economy, from the cost of manufacture to the cost of delivery not to mention our own transportation needs. However, today we live in a new dynamic. New technologies i.e. fracking have morphed the United States from energy dependent to energy self-sufficient. OPEC as a cartel like structure able to wield it’s ugly sword essentially no longer exists. The long-term shift to alternative energy even green solutions is well under way adding to our choices.

The second concern is a real one. What will the Fed do during the next downturn? While I supported the reversal of the Fed in first rhetoric and now policy, I part company with Fed Chair Powell when it comes to the balance sheet. While the continued reduction of the balance sheet last year at a $10 billion per month clip was too much for the economy to absorb, I believe stopping the runoff entirely will prove a mistake somewhere down the road. My hope is the Fed will return to shrinking the balance sheet albeit at a very gradual pace.

The President’s tweet Thursday was largely a display of frustration due to the lack of any concrete progress during recent negotiations in Shanghai. For some time, we’ve known that China walked back already agreed to promises re-writing previous language. The calculus for President Xi hasn’t changed. There was likely never an intention to cut a deal hoping to push this closer to the 2020 election. He’s made a political gamble that by dragging his feet he’ll have the opportunity to negotiate with someone on the other side of the aisle and maybe a more friendly voice.

The math doesn’t work for Xi, so tit for tat escalation isn’t really an option. Nevertheless, China still has some arrows in their quiver. They could suspend all agricultural imports hurting the farm belt here hoping to weaken support for Trump. They could also weaponize the Yuan letting it weaken further to make their exports more attractive.

The damage to China’s long-term plans can’t be overstated. Already, U.S. corporations are re-thinking their commitment to the region and in some cases have already started to move supply chains. Even after a trade deal becomes reality, CEOs will think long and hard about further plans to establishing supply chains in the region. Building a new factory is often a 30-year commitment. 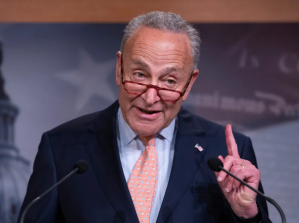 While President Trump may be the first to sound the alarm, some Democrats have also voiced their opposition to China’s trade tactics. Senate Minority leader Chuck Schumer praised the President following his decision to slap a 10 percent tariff on $300 billion worth of Chinese goods on Sept. 1. If the threat becomes reality, essentially all Chinese imports will have some sort of penalty attached. This isn’t just about trade anymore. This could be the beginning of a complete decoupling of the world’s two largest economies.

The risks here are well understood. Prices on apparel and other goods will likely move higher as manufacturers dependent on Chinese workers to produce product will in many cases be unable to absorb the increased cost. While the risks of a protracted trade war with China are real, so is the risk of doing nothing. China has long run rough shod over previous negotiations as the last several administrations were unwilling to do anything to disrupt the status quo.

It’s conceivable that some sort of deal could be penned before 2020 but certainly not one that would address the key concerns on cyber-security, IP theft and a state-run economy that continues to break all the rules. The President needs to be careful because any deal signed that doesn’t address those concerns, will be torn apart by political opponents. With the election just 15 months away I see little chance of a trade deal before 2021.