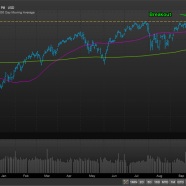 Posted by David Nelson, CFA on November 4, 2019 in Investment Management | Leave a comment

The S&P 500 ended the week at another all-time with the Dow close behind. While small caps lag their big brothers and sisters even the Russell 2000 showed signs of life last week. Friday’s non-farm payrolls came in well better than the 89k expected especially considering the GM strike that lasted through the month. While the ISM Manufacturing was still under 50 at 48.3 it was a little better than expected and an uptick from last month. 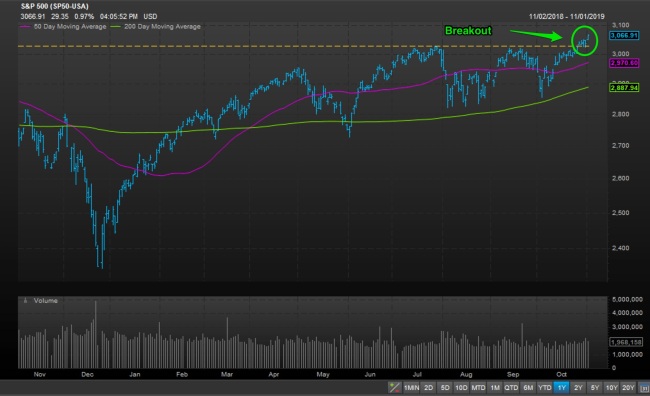 All in, challenges remain but investors can point to an economy that is relatively stable and a stock market whose valuation is in line with a risk free rate at just 1.5%  As expected, the Fed cut 25bps on Wednesday. The only surprise would have been if they didn’t. Coming into the decision 97% of economists polled expected 25 basis points. Where it got interesting is the Fed positioning for the rest of the year. Everything for Fed Watchers is in the statement and how you parse words. The removal of a key phrase Fed will act as appropriate to sustain the current expansion was code for a possible halt in further rate cuts this year.

Some called this week an insurance cut and others felt it was a response to slowing growth. I still believe last year was a policy mistake and the 3 back to back cuts this year was recognition that it was a strategic error to continue on automatic pilot in the face of no inflation and some of the challenges mentioned above. Jay Powell recognized that in both rhetoric and policy which clearly set the stage for better market performance this year. 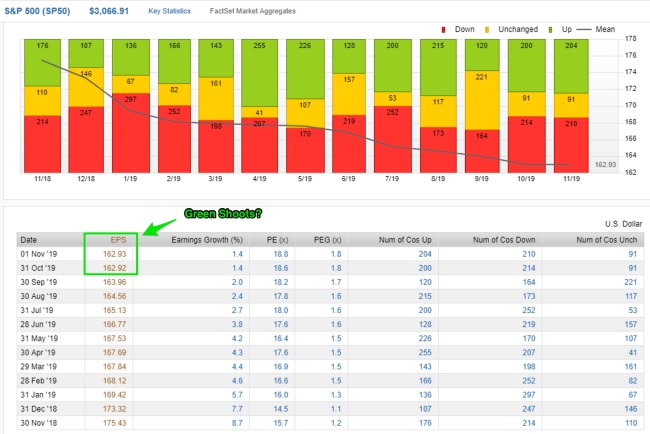 I want to touch briefly on what we discussed during Thursday’s weekly call. Earnings estimates have been falling for the better part of a year but today are showing signs of stabilization. Last week was the first week I’ve seen estimates go up slightly. Let’s see if it holds till the end of the month. Lost in all the earnings cuts and the fact that earnings will be down year on year is revenue growth that looks to be a respectable 4-5%. If earnings have fallen while revenue is rising than the culprit must be margin contraction. I don’t have the answers in front of me, but I expect when we do a deep dive, we’ll find that at the heart of it is a job market so healthy companies are forced to pay up for talent. 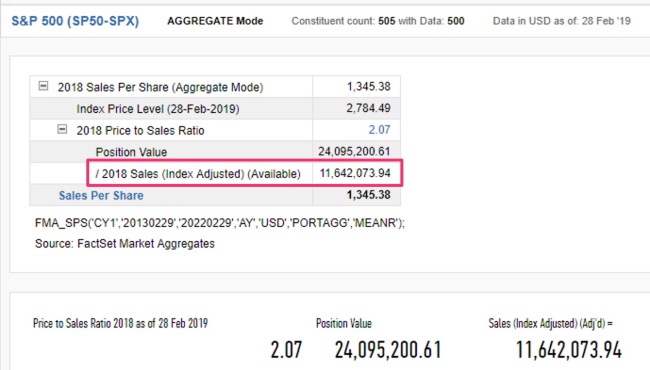 Most of the big names have reported but the earnings parade continues along with the usual suspects of economic data. Investors are still hostage to a news cycle that doesn’t sleep. The trade dynamic with China continues and could escalate at a moment’s notice. We’re deep into a political cycle with impeachment proceedings underway as we enter an election year. Finally, every corner of the planet continues to be a geopolitical hot spot with no end in sight. In other words, Situation Normal.

← Around the world in 144 seconds McDonald’s, Under Armour and Corporate Taxes →