Home » Press Appearance » Another Brick in the Wall of Worry

Another Brick in the Wall of Worry

Posted by David Nelson, CFA on January 6, 2020 in Press Appearance | Leave a comment

We’re only 2 trading days into 2020 and already we have our first brick in the wall of worry. After the administration launched a lethal strike on Iranian Major General Qasem Soleimani commander of its Quds Force just about everything else in the news cycle is taking a back seat. Friday’s knee jerk reaction to sell risk assets was to be expected and maybe after years of seeing past geopolitical events play out the buy the dip mentality prevailed with the S&P ending down just 71 basis points. Also feeding the risk off trade was a rise in safe haven assets like gold (GLD) and treasuries (TLT).

The weakness this morning follows the latest news that Iran will no longer abide by nuclear enrichment limits of the 2015 deal. Also on Sunday, the Iraqi parliament voted to expel the 5,000 U.S. troops stationed in their country. It should be noted this is a non-binding resolution and for the most part backed by Shiite members of parliament. According to The Hill Sunni and Kurdish legislators did not attend the special session and are believed to oppose the measure.

So, what does this all mean for investors and should we succumb to our worst fears. No one wants to panic but of course you aren’t considered panicking if you’re the first one out the door.

Before I answer the question let’s take some inventory. A disruption in the energy markets would have to be at the top of anyone’s list of things to worry about. Sadad al-Husseini is a former Vice President of exploration at Saudi Aramco Saudi Arabia’s state owned oil company. He believes the current uptick isn’t sustainable. Friday’s reaction in the oil pits along with a surprising lackluster performance in the energy sector in part confirms those comments. The (XLE) ended Friday down -0.3% on Friday even with oil putting in a strong day. Even this morning a 1.5% rise in crude seems less than one would expect with a true disruption in supply. 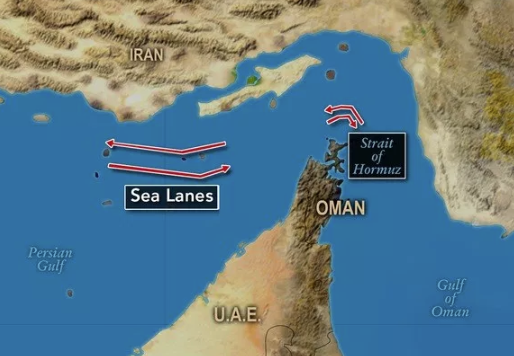 The Strait of Hormuz will be watched closely for any attempt to choke off this vital waterway. Most of OPEC’s supply passes through shipping lanes just 3 kilometers wide. I would expect any attempt to disrupt passage would bring immediate military action not just from the United States but others dependent on its free passage. Reporting from London Reuters says Britain’s navy will accompany UK-flagged ships through the Strait of Hormuz.

I think the biggest fear is many investors still remember or have studied the devastating economic effects of sustained high oil prices. Energy touches everything. Transportation both personal and business are just the tip of the iceberg. Every company outside the energy sector gets hit right where investors feel it most, the bottom line.

Fortunately, the United States has moved toward energy independence and who can’t help but notice the world is rapidly shifting to alternative energy. Finally, OPEC as a cartel like structure effectively no longer exists. The crippling oil prices of past decades would be difficult if not impossible to sustain without a cartel to dictate supply and in turn price. The 70’s would have likely been a different decade without the oil embargo.

Could it escalate further? Of course it could and I’m sure prices in the short run would push higher but you can expect the major players to raise production right along with it because they can’t afford not to. They have their own budgetary concerns and need to fund their social programs. Here in the states with each dollar that crude rises marginal wells taken offline because price didn’t cover the cost of production become suddenly viable. All in the threat of energy supply disruption isn’t what it was decades ago.

For the investor it’s important to look beyond the geopolitical event. Certainly, some companies might see a cut back in sales. Investors sold shares of airlines and cruise companies in response to the attack fearing a falloff in travel. However, I think most companies will see little change in their sales outlook. I doubt Lululemon (LULU)* or Walt Disney (DIS) are going to change their forecast in response. With earnings just around the corner you can bet there will be questions to management regarding the recent uptick in geopolitical tension and what if any impact on revenue and earnings.

Markets Monday will have little to focus on other than Iran and the latest news coming out of the region. However, economic data picks up Tuesday with an ISM Non-Manufacturing report, and of course employment data Thursday and Friday. Most of the street will be focused on Friday’s Non-Farm payroll numbers but I’m going to be looking at Thursday’s claims.

This late in the cycle I think if there’s any change in the robust employment picture it will show here first. The U.S. consumer has led this rally and never blinked even when other legs of the economy like manufacturing began to falter. It may not get the same airtime on your favorite news channel but for your 401k the economic backdrop here is probably more important than what’s taking place 7,000 miles away.