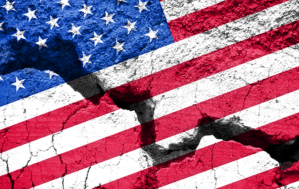 Two months into the pandemic and its aftermath, U.S. markets have split in two. On one side we have the designated survivors: cash rich, high quality or essential service companies and on the other side, everything else. Behind the chaotic near historic price moves of the last several weeks stocks were doing their best to adjust to economic reality.

The tech heavy Nasdaq ended up being a port in the storm with many of its largest components net cash meaning cash on hand was more than enough to pay off any debt. Year to date for the S&P 500, all but three of the top 10 performers are NASDAQ companies led by Regeneron (REGN), Netflix (NFLX) and Citrix Systems (CTXS). Two of the outliers Clorox (CLX) and Newmont (NEM) certainly classify as essential, one with products to kill COVID-19 on anything we touch and the other mining for gold, a natural hedge to monetary and fiscal policies that are adding $Trillions to debt and  deficits.

The bottom 10 make perfect sense as well with 3 cruise companies, 6 energy stocks and one credit card services company ADS with an enterprise value over 10 x its market cap. Down between 66% and 79% YTD the word challenged doesn’t quite cover it. Given the above it’s not surprising investors would rush from one side of the boat to the other and back again. The bigger question: Is the boat sinking?

The phrase it’s different this time has been used during most market extremes including once by yours truly. In every instance it was wrong so maybe a better term is, it’s going to be different for a while. Time heals most wounds and will do so here but any rational view of what is to follow has to include dramatic changes in company and customer behavior.

We are a social species and most of us enjoy interacting with family and friends. Sporting events and live entertainment will eventually return. Even the dining experience will make a comeback but for the foreseeable future it will be different as companies and the public adjust to the new reality.

As the conversation shifts from fighting the virus to the opening of America some industries will recover quicker than others. Close proximity businesses will likely be the slowest to return to normal. Initially, airlines and other mass transportation will be forced to adapt to social distancing. Airlines were never designed to run at half capacity especially in an industry where much of the costs are fixed. The only way out will be higher fares which creates its own drag on the economy. Perhaps technology can come to the rescue with an in-flight air conditioning system that can filter and kill any virus. Brand new industries will be born.

Every industry over the last 200 years has been forced to change bowing to secular shifts in the economy. Automation has completely changed the manufacturing community and today artificial intelligence or AI challenges even information-based industries including my own. However, in every instance the handwriting was on the wall as the changes occurred gradually giving participants willing to change the time to do so.

Today, many Americans aren’t afforded that luxury. COVID-19 has turned their world upside down literally overnight. Forced to re-think careers as a downsized industry offers fewer opportunities many Americans are already starting to make the move. To believe this isn’t going to have a long-term effect on economic output is naïve at best.

It is an election year so it is not surprising COVID-19 and the world that follows will shape the political rhetoric. We understand the risks of returning too soon but what about the risks of returning too late? It’s important to reflect on the original mandate of the shutdown. The goal was to slow down the outbreak to protect the healthcare system from being overrun. That should be the benchmark on when to turn on the lights. Any other choice could easily push us over the edge. There’s no check big enough government can write to sustain the status quo indefinitely.

Already the world has started to re-open. In Europe, Austria, Denmark and the Czech Republic have started. German Chancellor Angela Merkel has said her country would start scaling back some restrictions. Italy and Spain both hard hit are considering the same.

The administration has put the exact timing of the process in the hands of governors. New York couldn’t be more different than Missouri or Arizona so the pace of the return will fall on the states.

I said earlier there are two markets. The designated survivors, whose business models and or balance sheets are well positioned to weather the storm is unfortunately already reflected in equity prices.

It is market #2, those companies most exposed to disruption or whose balance sheets were extended even pre the crisis is where the real challenge lies. Basket approaches to these risk buckets is not going to cut it. It’s going to take hard-nosed security analysis to look at each and every stock and or debt instrument.

Analysts expect Q2 GDP declines of 30% or more so any recovery in Q3 and 4 is going to look V shaped. Below the surface you can be sure there are industries and a broad spectrum of society that will be slower to come back.

In hard hit areas like retail, investors will have to choose between a Macy’s (M) with a balance sheet only a short seller could love vs Lululemon (LULU) even though expensive, I suspect is going to be with us for a while.

The financial industry while well positioned in comparison to the Financial Crisis of 2008 has its own challenges that require a deep dive. As stated in a previous column some of these banks hold the revolving credit to the imperiled Energy complex. Financial institutions that sold protection to the debt holders in the form of credit default swaps is another reason a basket approach is not the smart choice.

We are well into earnings season and since so much often depends on forward guidance from the Commanders in Chief of our favorite companies this may end up being the most irrelevant earnings cycle ever. I doubt whether Tim Cook, Apple (CEO) or current Disney (DIS) CEO Bob Chapek have a real handle on what their companies are likely to earn over the next 12 months.

Back on the Hill, reports imply Secretary Mnuchin and Speaker of the House Pelosi are close to a deal on a coronavirus support package, including funding for the small-business loan program, and additional funds for testing and hospitals. The Senate could vote on Monday followed by a potential House vote on Tuesday.

A vaccine and or cure for COVID-19 of course would be ideal but could take significant time. We have seen some exciting news come from a handful of pharma companies including Gilead (GILD), Regeneron (REGN) and Moderna (MRNA) which recently received $483 Million from the U.S. government to develop a vaccine.

News in the days and weeks ahead will be fluid. I will be back as often as I can to share whatever insight I can. Be safe.