Home » Investment Management » America re-opening is only half the battle

America re-opening is only half the battle

Posted by David Nelson, CFA on May 4, 2020 in Investment Management | Leave a comment

Markets took a pause last week while at the same time completing one the biggest single month gains in a generation. It would be nice to believe the challenges ahead are few and that 2020 is just a cyclical downturn easily followed by the next leg of a bull market. Unfortunately, reality is a bitch! 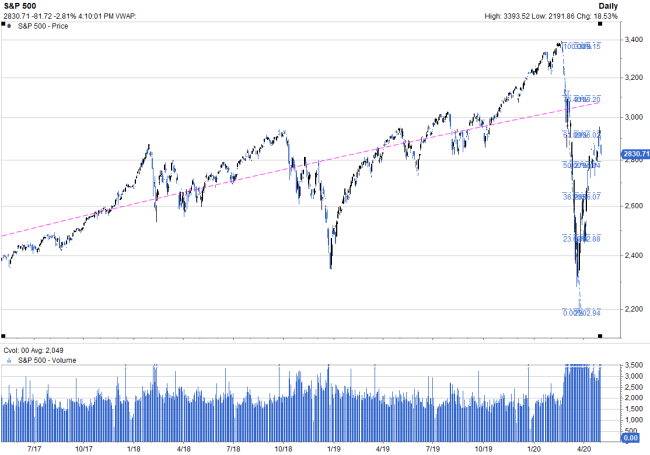 Any student of markets and or the economy knows we haven’t seen this before. The Great Depression of the 1930’s saw global GDP fall 15%. Consensus estimate for Q2 GDP in the United States stands today at (-30%). Does that make this a Greater Depression? Of course, not but it does speak to the economic damage and challenges of waiting to turn on the lights.

The process of re-opening America is just beginning as one by one states choose their own timetable and pace of re-opening their economies. The risk of delay is matched only by the risk of a follow-on wave of COVID-19 breakout. The debate between state governors to continue shelter in place vs a phased in approach to re-open right now rages on. I am not going to weigh in on the political quagmire of which policy is correct because there is no right answer.

Every decision has a cost. I am certain enforcing shelter in place guidelines for another couple of months will bend the curve even further but with that decision comes both a monetary and social cost.

The above rules also apply to turning the ignition key right now to get the economic engine started. It is quite possible another wave of infection could take hold forcing states to slow down the process or delay entirely. 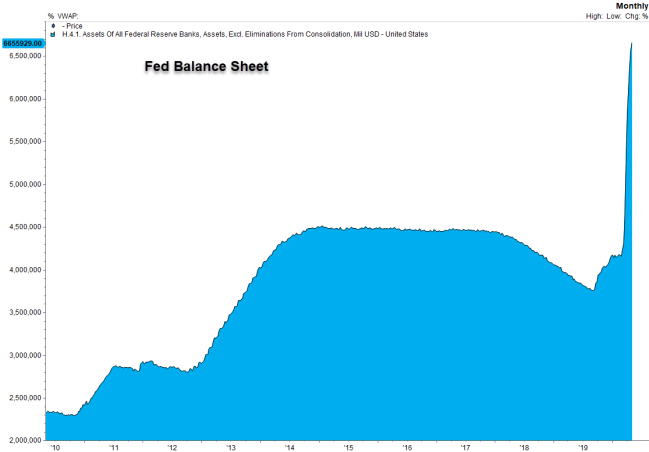 Fiscal and monetary policy combined is approaching $6 Trillion acting as a bridge loan for America. Even if it works as desired it begs the question can we sustain another round? Each day that passes without Americans going back forces additional fiscal and monetary stimulus and with it the baggage it brings.

22 States do not meet solvency standards to maintain unemployment benefits

Before the COVID-19 crisis fully took hold in the U.S. the Department of Labor issued a report that 22 states and jurisdictions did not meet the solvency standards to maintain unemployment benefits for a full year. With unemployment nationally now approaching 20% the number of states unable to sustain those benefits will balloon higher. Jared Walczak director of state policy at the Tax Foundation recently told Business Insider that many states will run out of funds in a matter of weeks.

The stock ascent in the last month is in part based on the assumption states would be successful in re-opening and will react violently to any news that the process is succeeding or failing.

Pharma companies are going to play a pivotal role in helping America pull through. Gilead’s (GILD) drug remdesivir appears to have therapeutic value in treating the disease and has been given fast track status. Half the Pharma companies on the planet are working on a vaccine the best chance of a return to normalcy.

Re-opening is only half the battle

America re-opening is only half the battle. As restaurants, hotels, airlines, malls and offices re-open will Americans return. The answer is of course yes but at what pace and more importantly to what degree. I suspect at levels that won’t reach pre-crisis levels for some time.

All of us have been forced to change our daily lives and may not feel a need to return to some of the habits of old. How many have figured out new ways to work out at home with the local gym shut down? How many will choose not to return once the doors open?

Some companies are finding their business model works fine with employees working from home. Will they choose to renew their large office lease or downsize to something smaller?

Airlines and restaurants will have to develop business models that work under reduced capacity. These are just a few examples but highlights the fact that there is no clear road map to previous levels of economic activity.

There is another side of the crisis that also needs to be explored. Fighting a war even an unseen enemy like the coronavirus provides opportunities.

Much of the technology we take for granted today owes its existence to World War II. The modern-day computer owes a lot to the Government Code and Cipher School’s effort to break the Enigma code. Synthetic rubber, pressurized cabins and radio navigation were born out of necessity during the War. Even V2 Rockets and the nuclear bomb designed to destroy humanity were harnessed by future generations enabling space travel and of course nuclear power.

Never underestimate the ingenuity of Americans

How many new businesses will be born from this crisis? Already here in Stamford, CT I’ve seen commercials for cleaning services that specialize in disinfecting apartments and offices.

Yoga and gym instructors are turning to online services like Zoom and other platforms to mimic services like those offered by Peloton but adding a more personal touch.

Perhaps some engineer will come up with an inflight air filtration system that kills any virus immediately.

The above does not diminish the challenges we face but attempts to point out that the debate shouldn’t center on whether the glass is half empty or half full. Let’s focus on coming together as a nation to put more water in the glass.

← Stocks take off – Economy tanks Every decision has a cost →