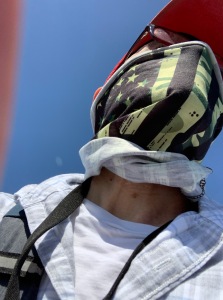 Over the holiday weekend the United States crossed 100,000 fatalities connected to COVID-19. We can and should debate every aspect of the response including actions taken by the federal reserve. What isn’t up for debate is the economic damage and unintended consequences of shutting down the economy. Historians will judge the effort along with its successes and failures. Unfortunately, the rest of us work in real time without the benefit of hindsight.

In that backdrop investors have been forced to navigate a similar path with imperfect information and a news cycle that embraces fear. I suppose the turning point for investors and perhaps many Americans was March 12th and the decision by the NBA to halt the remainder of the season. While the market peaked on February 19th, the NBA cancellation acted as a psychological divining rod with market declines accelerating into the March 23rd low.

For most of 2020 attempting to avoid a tsunami of selling, investors rushed from one side of the boat to the other chasing the latest sector shifts and perceived safe-haven to ride out the storm. Large Cap Secular Growth (IVW) seemingly with enough cash and less disruption to revenue was an obvious first choice. Microsoft, Amazon, Netflix, Alphabet and Facebook along with others rode a wave of relative outperformance. Investors are always willing to pay up for growth when there isn’t any and the year of the pandemic wasn’t any different.

With GDP potentially contracting greater than (-30%) in Q2 the fear of economic devastation was real. But as the market rocketed off the March 23rd low another fear started to emerge. The fear of missing out or FOMO! While there was little in the way of fundamental data available as one by one CEO’s pulled guidance two data points seemed alive and well, Fear and Greed. 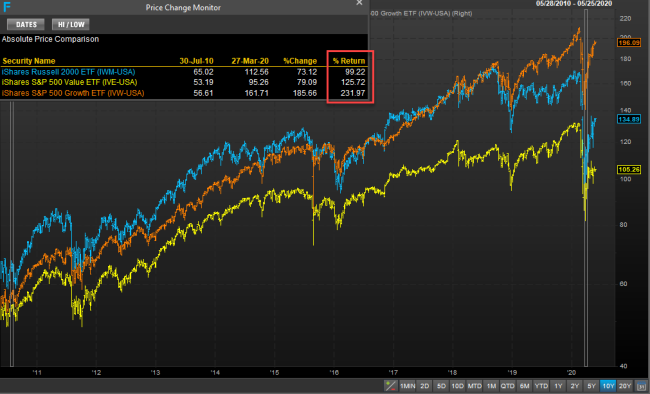 Asset Class Warfare has been raging since the dawn of markets. Without question over the last decade iShares S&P 500 Growth (IVW) has been the hands down winner outpacing value by over 106% and the Small Cap iShares Russell 2000 (IWM) by greater than 130%. On a price basis the relative underperformance of value and small caps doesn’t look as wide but total return including dividends paints a very different picture.

Even following the March 23rd bottom, we can see in the chart above Large Cap Growth (IVW) still outperformed. It is only when you drill down a little further we see a shift in relative performance. Small Caps (IWM) are playing some catchup outpacing Large Caps on a trailing one-month basis. Sustainable or just reversion to the mean? Both are possible so let’s look further.

Even in a digital age there are periods when cyclical growth and smaller stocks have their day in the sun. Coming out of the great recession was a good example. In the year following small caps (IWM) and Value (IVE) led the charge outpacing growth. We were coming out of a deep recession a period where cyclical names typically outperform.

April was the economic bottom

With the pandemic still with us and the timing of a potential vaccine uncertain dark clouds still lie ahead. The only thing I can say with some degree of confidence is that April was the economic bottom. Our economy ground to a virtual halt so any change would include increased economic activity. For investors the question remains, is it enough to sustain a cyclical recovery typical of previous cycles?

While the stocks of many of these cyclical industries may jump out of the gate can they sustain those gains given the challenges ahead? Close proximity businesses i.e. airlines, restaurants and live entertainment are forced to move to new business models capable of protecting customers. The profit incentive is often the birth of innovation. Some of these companies will find new technologies and services and adopt to a changed landscape. New ways to keep passengers and customers isolated will be key for those willing to invest in their future. Defending the status quo will prove less profitable and perhaps even fatal.

The industrial sector certainly meets the cyclical definition and here perhaps one of the best ways to participate in a cyclical recovery. Whether you are buying your goods at the store or online they still must be manufactured and transported. All the usual suspects come into play from the rails to deep industrial companies like Parker Hannifin (PH), Carrier (CARR) and others.

The Financials are a tougher call. Often leading a cyclical recovery banks are usually the first place to look. With interest rates being held at zero and a 10 year below 0.7% net interest margins the life blood of any bank are challenged. Add the fact that we’re in the early stages of a default cycle and commercial real estate will find it tough to return to previous levels it adds another level of concern. One by one companies that were forced to work from home found in many cases that it worked. In fact, so much so, some are deciding not to renew office leases or at least reduce their corporate footprint.

In the end investors will likely discover the right move isn’t crowding into one side of the lifeboat or the other. The middle of the ferry is the first place you are told to go if you are seasick. There’s room for both secular and cyclical growth. No, you don’t have to dump your Amazon (AMZN) or Microsoft (MSFT) but maybe think about adding a few of the names above or an industrial ETF to round out your portfolio. 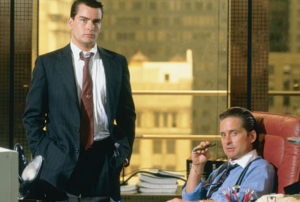 This article is not meant to be an all-clear signal because like the rest of you I’m dealing with imperfect information. Information is never perfect, and uncertainty comes with the territory. In the movie Wall Street Gordon Gekko turned to young stockbroker Bud Fox and said “…I only bet on sure things.” I’ve been doing this a while now and I’m here to tell you; “it doesn’t exist.”

*At the time of this article some funds managed by David were long AMZN, MSFT, NFLX, GOOGL, CARR & PH”

← Turning on the Lights The only thing worse than being wrong, is staying wrong →