Home » Press Appearance » I stared at the screen for 10 minutes

I stared at the screen for 10 minutes

Posted by David Nelson, CFA on June 8, 2020 in Press Appearance | Leave a comment 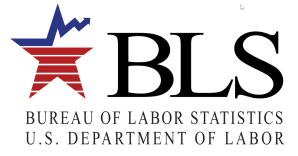 After Friday’s non-farm payroll release I stared at the screen for 10 minutes in disbelief. I kept looking to see if someone at the BLS (Bureau of Labor Statistics) forgot to put a minus sign in front of the number.

Just about everything related with COVID-19 has challenged some of the brightest minds on the planet. As a strategist who lives and breathes data it makes it all that more difficult to position for potential upside and still have some level of protection in a market that doesn’t have any memory. 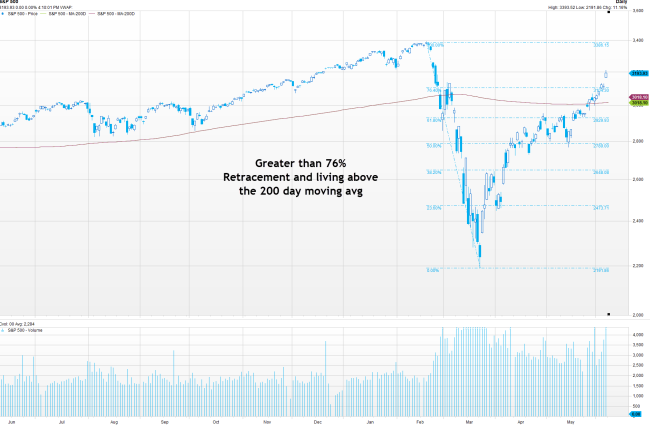 We can debate whether stocks have come too far but what isn’t up for debate is that the S&P 500 has broken above the 200-day moving average and starting to live there. Add the fact the slope of the long-term averages have turned higher and we have to respect that.

As for the number itself even with the likely revisions it appears the country is on the mend quicker than we thought and all of us should rejoice in that. It’s just hard getting our heads around a + 2 Million number when you were looking for -11. Make no mistake the current employment picture is awful. 16% unemployment is worse than the financial crisis.

It doesn’t change the fact that there will be relative winners and losers coming out of this. Close proximity businesses will eventually come up with business models to deal with the challenges but it’s hard for me to see how they get to previous levels of revenue. By definition social distancing means less customers at any given time and that has to weigh on the top line.

Once you get economic activity the rotation has to start. Market couldn’t go higher with just the usual suspects doing all the heavy lifting.  We know now that April was the economic bottom. The country was at a virtual standstill.

All in, despite this very good news we have a lot of challenges ahead. S&P even on a 12-month forward basis is at the highest valuation levels since the dot.com era. Given the washout this year on earnings we have to look to 2021. Goldman’s best-case scenario calls for $170 in S&P earnings for next year putting us at 18x that number. Markets are implying that number is too low. To that point estimate revisions for 2021 may have bottomed. Last week even saw a slight revision higher.

Eventually we’re going to have some negative news that’s going to make everyone question their bullish position. Unless this morphs into a situation worse than what we just lived through selloffs will be contained.

Most of us have hid out in large cap secular growth since the start of this and for good reason. These were the companies that had strong balance sheets and, in some cases, even benefitted from the shutdown. We know who they are. Amazon, Microsoft, Netflix and just about any healthcare company that said they were working on a cure for coronavirus.

The natural casualties to economic shutdown – energy, financials, industrials and materials were cast overboard every step down during a terrifying 23 trading days. In the last couple of weeks as the world started to turn the lights on investors have rushed from one side of the lifeboat to the other. In the end there is no Holy Grail

I think the real message is were going to need some kind of balance. You don’t have to sell your Amazon or Microsoft, but you should make room for some of these more cyclical industries.

I’ve pointed this out often, but I find industrials one of the best and maybe even safest ways to play the cyclical shift. They are essential businesses. It doesn’t matter whether you’re buying from Amazon or Walmart. Someone has to make the product and someone has to ship it. That leads you right to the industrial sector.

Energy – Maybe the toughest sector to analyze. We were drowning in oil with no place to store it and not enough people using it. I know for myself my average gasoline usage dropped to a couple of dollars a week not to mention airlines that had cancelled thousands of daily flights.

As a long-term sector, I have trouble making a case for energy at least traditional energy plays. OPEC as a cartel like structure able to control oil prices no longer exists and alternative energy step by step is picking up share. Some of these companies will fail but most will survive but at what level of production and how high does oil have to go to maintain profitability. Look at a chart of oil going back to 2014 when the bottom dropped out. You could probably make a case for it to get back to the mid 50’s. Remember with each dollar higher oil trades more wells come back online adding to supply. It wasn’t that long ago the energy sector was close to 13% of the S&P. Today it is just over 3%

Election – I don’t care what side of the political aisle you live the election in the states is going to be one of the most divisive in a generation. I would expect massive sector rotation in and out of healthcare, energy and even big cap tech as we get closer to November.

China – Our relationship with China is forever changed. We are in the early stages of decoupling our economies. It’s not a question of if anymore but just how fast. Part of the political rhetoric is going to be both candidates trying to position themselves as being tough on China.

Virus Comes Back – Obviously if there’s a spike in the infection rate markets will be quick to react. However, this time around I don’t believe governments will go to the full shutdown procedures used in March.

*At the time of this article some funds managed by David were long AMZN, MSFT and NFLX

← Asset Class War – The Movie 3 Risks for the Market →