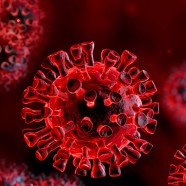 Posted by David Nelson, CFA on August 9, 2021 in Investment Management | Leave a comment

For 9 months the S&P 500 has steadily pushed higher in a relatively tight channel masking the true volatility. Investors spent much of that time rushing from one secular trade to the next trying to decide if the glass was half full or half empty. Of course, 9 months almost to the day marks Pfizer’s (PFE) announcement they had a successful vaccine ready to roll. Underneath the surface the price action was anything but benign, including massive swings between large and small cap stocks, bonds, commodities, crypto, emerging markets and virtually any asset class that in some way was tied to economic activity.

The reflation trade soon gave way to large cap secular growth as fears of an economic overshoot started to weigh on animal spirts. Driving that concern was falling bond yields often an early indicator of slowing growth. After skyrocketing earlier in the year 10-year yields stalled and at least for the moment looked like it might hit 1% before hitting 2%.

In a vacuum the falling yields would be a bigger concern but relative to the rest of the world our bond market is more attractive. Yields in Germany are negative as far as the eye and see and in Japan you have to go out past 10-years to get a positive return. In that backdrop there are few alternatives for fixed income investors as capital continues to pour into the U.S. and in turn U.S. assets.

Given what we’re seeing in earnings it’s quite possible yields have overshot to the downside, and we’ll start to see a steady march higher. Certainly, good news for cyclical bulls but of course the higher yield brings its own set of problems. We’ll cross that bridge when we come to it.

With U.S. markets coming as far as they have and admittedly pushing the edge of the envelope on valuation the siren call of emerging markets is going to get louder and louder. The usual suspects of reasons to invest will make the rounds as emerging market bulls talk about the valuation differential, the emerging consumers in China yada, yada, yada. I’ve been listening to this argument for most of my career and in the end the story always ends in tears. Emerging markets are cheap for a reason. Don’t underestimate the rule of law when it comes to investing. Stocks by definition are a risky asset class so let’s not make it riskier by investing in countries that continue to trample on shareholder rights.

With China such a big part of any emerging market index we have to start here. China bulls are on the run and announcements like the recent one from famed growth investor Cathie Woods that they were shedding or reducing Chinese shares are likely the tip of the iceberg. One look at the tragedy of Hong Kong should tell you the rule of law isn’t going to protect you as an investor. Add the fact that accounting standards in China bear little resemblance to GAAP standards here.

A 10-year chart of iShares MSCI Emerging Markets ETF (EEM) vs the S&P 500 tells you all you need to know.

Lately U.S. investors have had to add a new term to their vocabulary when investing in China stocks VIE’s or Variable Interest Entities. Most investors in popular U.S. listed Chinese shares including Alibaba (BABA), Baidu (BIDU) and others believe they are owners of Chinese companies that have their finger on the pulse of an ever-expanding Chinese economy.

Unfortunately, this isn’t the case. Many China domiciled firms have gotten around Chinese law using VIE’s as a vehicle. Owners of these so-called China securities really have invested in offshore entities that have contracts with the target companies. As such they don’t have any of the rights of a normal shareholder. Who knows how this will play out in future confrontations with China?

I’ll repeat what I’ve penned in several posts that China remains an adversary in every sense and as such presents U.S. investors with a myriad of problems. The challenges will certainly be economic, they will test the administration in foreign policy and given repeated incursions in and around the South China Seas perhaps militarily.

Hard to come out with a negative spin on this earning’s season. It doesn’t get much better than this. Growth of course has peaked and that shouldn’t be a surprise. Coming into the quarter consensus stood at 60% growth year on year and according to Goldman’s David Kostin we’re tracking at 86%. S&P 500 estimates continue to edge closer to $200 and 2022 estimates are currently north of $216 implying 9% growth for next year.

At just 9% there’s little room for error and any slip economically will force some give back in share prices. The good news is that estimate revisions the Holy Grail of factor investing are on I-95 North so that $216 number for next year could continue to march higher as the recovery continues to unfold.

Without question Covid still remains the single biggest risk to markets and as such a significant rise in hospitalizations challenging capacity could weigh on economic activity. The news cycle is fluid so stay tuned.

← Problem with the curve State of the Markets →