Posted by David Nelson, CFA on September 7, 2021 in Investment Management | Leave a comment

Friday’s jobs numbers were disappointing on a lot of levels. It confirmed Delta has started to slow economic activity. Industries on the front lines including airlines, travel and hotels have been first to feel the pain. Leisure and hospitality added nothing and even education came in below expectations. It really doesn’t matter if it’s a personal decision or the fact that mandates are starting to roll out across the country. The result is the same.

Even before Friday’s disappointing numbers economists had started to cut estimates for Q3 GDP. For the moment consensus shows they are adding it back to Q4. Let’s hope that’s how it turns out.

Some firms are seeing Delta starting to flatten out. In a note last week Goldman’s Jan Hatzius says there is evidence the Delta wave is cresting with a drop in the positivity rate over the last few weeks.

Not all the weakness is Delta related. There’s been a lot of demand pull forward making the comps that much more difficult as we head into the tail end of Q3. That dynamic is playing out in stay-at-home stocks like Zoom (ZM), Peloton (PTON) and Chewy (CHWY) all with big price drops following earnings. The lone survivor was DocuSign (DOCU) which seems the beneficiary of a secular trend and less dependent on the stay-at-home dynamic.

Supply chains continue to be challenged with repeated news stories of factories shutting capacity and inventories in short supply. In a recent article Barron’s pointed out why chip shortages could last for years. Certainly not good news for auto companies that already have lost $Billions in new car sales hoping demand holds up when inventory returns.

It’s right there in the rule book

Friday’s price action post the jobs report was at best confused. The rotation to growth has been playing out all quarter at the expense of the reopening trade. A weak jobs report confirmed the recent cuts in estimates. Growth is the most expensive when it is hard to come by hence outsized performance in high multiple cloud stocks. The cloud got an added boost from MongoDB (MDB) up close to 26% Friday on the heels of a strong earning’s report.

My FactSet terminal looked pretty much as expected with a lot of red coming from industrials and most parts of consumer discretionary. The moves weren’t large, but the tilt was obvious. No surprises until you looked over at the treasury market with TLT down and rates higher. Why? Bad news should at least be good news for the bond market. It’s right there in the rule book.

I had this very conversation with traders and portfolio managers from New York to LA all looking for some answers The best we could come up with was the following.

The playbook says that once the Fed starts to taper rates should firm up and eventually start to rise. Conversely, if economic activity slows bad news turns into good news for bond holders and rates start to drift lower. So, what happened?

For the last several months the taper has been well telegraphed, and rates have been relatively benign a real departure from the taper tantrum of 2013. With inflation rising in virtually everything we consume from the pumps to the grocery bond holders were confident the Fed had their back and would act quickly if and when they are convinced inflation was more than transitory. The taper was confirmation of that resolve, and any delay sends out a signal the Fed might lose their nerve and blink at the first sign of trouble for equity investors. Fed chair Powell has been quick to reverse course when evidence pointed to a policy mistake like the one in 2018. The calendar driven hiking policy was traded for a data dependent approach which likely helped the economy from avoiding both a bear market and recession.

Battle Over the Fed Chair 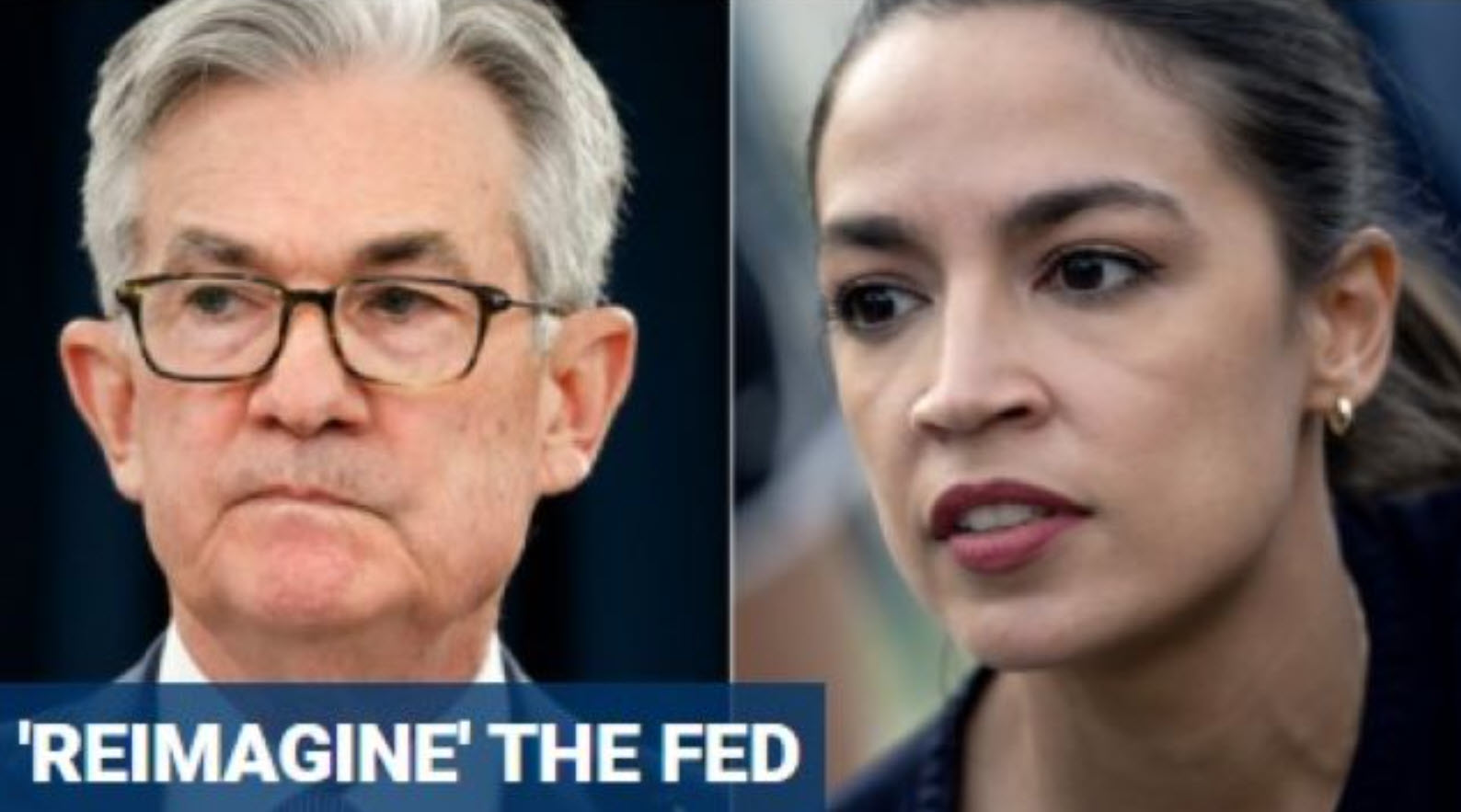 The above of course is only a theory based on just one day’s trading action so hardly a robust data set. It will be interesting in the months ahead to see how Jay will position the Fed in front of President Biden’s pick for the next Fed Chairman. Wall Street and centrist Democrats are in Powell’s corner strongly suggesting to the President he renew Jay’s term.

On the other end of the spectrum progressives are pushing for a complete makeover of the Federal Reserve. The following excerpt is from a statement signed by Representatives Alexandria Ocasio-Cortez, Rashida Tlaib, Ayanna Pressley, Mondaire Jones and Jesús G. “Chuy” García

“As news of the possible reappointment of Federal Reserve Chair Jerome Powell circulates, we urge President Biden to re-imagine a Federal Reserve focused on eliminating climate risk and advancing racial and economic justice.”

The independence of the Fed went out during the age of Trump so I guess we shouldn’t be surprised by the pressure being brought to bear on the White House by competing political ideologies. Jay’s term is up in February, but the President is expected to make his decision this fall. Economists say it is all but certain Jay will get the nod, but any veteran of Washington know the winds can shift quickly. Like most things in life there are no guarantees.

← It’s a national security threat Is the Fed losing control? →