Posted by David Nelson, CFA on November 29, 2021 in Investment Management | Leave a comment

Without warning COVID jumped to the top of the news cycle Friday sparking a global market meltdown.  The World Health Organization (WHO) labeled Omicron – A Variant of Concern. It was certainly a variant of investor concern as traders rushed to the exit even before much is known about the latest Greek alphabet tragedy. The Dow Jones Industrial Average put in its worst performance this year ending the shortened trading day down (-2.53%). The NASDAQ and S&P 500 fared better but the Russell 2000 the poster child of the reopening trade ended down close to (-3.7%).

A scan across any terminal showed most funds were positioned risk-on. Just a couple of days earlier the conversation on equity desks centered on the FOMC and just how fast the pace of a coming taper would be. Hours later investors were scrambling back into pandemic safety trades like Peloton (PTON), Zoom (ZM) and DocuSign (DOCU) all green on the day. The healthcare sector led by vaccine makers Moderna (MRNA) and Pfizer (PFE) led the S&P 500 up +20.6% and +6.1% respectively. Even pandemic darling Clorox (CLX) joined in tacking on +3.6%. Just about everything else was pushed to the back of the bus as cyclical shares from banks to industrials ended deeply in the red.

Omicron vs Release of the SPR

The administration’s announcement to release 50 million barrels of crude from the Strategic Petroleum Reserve (SPR) days earlier accomplished nothing with the commodity rising 3% on the heels of the announcement. Releasing less than 3 days of U.S. supply couldn’t possibly address inflation expectations and was of course largely a political decision to address falling poll numbers. However, the Omicron variant accomplished overnight what the President couldn’t knocking more than $10 off WTI crude in a single session.

Fears that this new variant could send the world back to the bunkers collapsed commodities across the board as governments scramble to get a handle on just how deadly this new strain is and how widespread shutdowns might be. Already many governments including the U.S. have or are preparing to end travel access to and from South Africa and several other countries.

The Wall Street Journal reports: Health authorities in Belgium, Israel, Hong Kong, Australia, Italy and Botswana have already detected cases of the variant. Israel has closed their borders to Foreigners. 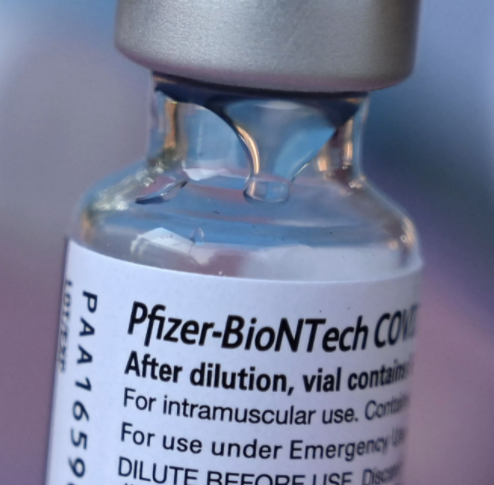 Pfizer and BioNTech have already said they can alter their vaccines and start shipping within 100 days. Similar statements from other vaccine makers Moderna, Johnson & Johnson and Astra Zeneca give us added hope this will be a short-lived affair.

Will a Monday bounce wash away the concern or just be a head fake as traders take advantage of the higher prices to reduce exposure? Large funds and institutions were short staffed on Friday with little liquidity to alter positioning.

What to look for

Treasury markets might be a better indication of investor sentiment than equity prices. Lower yields would signal a turn back to large cap secular growth often thought of as long duration equity. I would view this as a defensive move and a signal investors are concerned about an economic slowdown. Higher yields in conjunction with a cyclical rally led by industrials, financials and commodity related shares would be a strong indication investors view Omicron as a variant of limited concern and a risk we can control.

Casualties – China and Build Back Better

Beyond the obvious, two casualties seem to emerge. Relations with China are the worst in decades and this recent event pushes the two nations further apart. China’s unwillingness to cooperate with investigators and the fact that COVID-19 may have been man made festers like an open wound. Increasingly negative views of China have been rising as shown in this Gallup Research poll. The data shows the polls are conducted in February. It will be interesting to see the numbers early next year. Given the rising rhetoric, President Xi’s recent threats and repeated incursions into Taiwan’s Air Defense Zone, I doubt there has been any improvement.

The second is the President’s Build Back Better legislation which is now undergoing changes as it makes its way through the Senate. The Democrats cannot lose a single vote and the uncertainty of this variant strain will have moderates questioning how big a price tag is permissible especially since we might have to provide more immediate stimulus if the worst unfolds. At the very least the uncertainty will make it just that much harder to get this bill across the finish line.