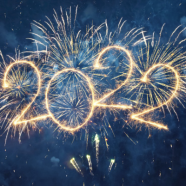 Posted by David Nelson, CFA on January 3, 2022 in Investment Management | Leave a comment

2021 surprised investors delivering a +28.7% return in the face of mounting global and domestic challenges. The more exposure you had to U.S. equity the better the performance. While the broad market provided a relatively smooth ride with low realized volatility, beneath the surface sector and style performance shifts were massive as investors rushed from one secular trade to the next. Take your pick, big vs small, growth vs value. Unless timing was perfect sector and style rotation hurt your returns.

The usual suspects all played a role in the chaos with COVID and the Fed topping the list of investor concerns. Delta and now Omicron challenged hospital capacity forcing some local governments to pull out 2020 playbooks regarding masking and social distancing. The above of course has the potential of slowing economic activity and in turn reducing GDP estimates.

Inflation is the elephant in the room

The elephant in the room is clearly inflation as Americans pay higher prices for everything they consume. From the pumps to the grocery prices have been rising forcing the FOMC to abandon transitory thinking setting up for an accelerated taper. It follows that the dot plots would have to move forward. Today many economists are looking for the Fed to hike rates as early as March.

Despite the challenges investors continue to stay risk on in part because they’ve seen parts of this movie before. Even with inflation rearing its ugly head fixed income is still uncompetitive. Rates are rising but until 10-year yields can break meaningfully above 2% stocks are still the better asset class.

What’s likely to work this year in my view will be vastly different than the 2020-2021 playbook. With a Federal Reserve rapidly moving from friend to foe I think investors are going to want some food on their plate in the form of earnings, cash flow and or dividends.

Once the BBB (Build Back Better) legislation started to falter late in the year, 12 month forward estimates for the S&P got a meaningful bump higher in part because the tax legislation that would support the increased costs were removed from consensus. The good news for equity investors is they continue to drift higher.

Investors will have to keep one eye on their stocks and the other on Washington as there will be likely increased attempts to pass some part of the legislation along with increased taxes to pay for it.

In a couple of weeks Q4 Earnings season kicks off and like most others the commentary on the calls will be a lot more important than the headline numbers.

One cautionary note as we kick off the week. Goldman is out with a note suggesting 20% of Chinese ADRs won’t be able to list in Hong Kong. Different phrases like migration are being used but in the end, continued efforts to decouple the economies will continue. Chinese companies will be delisted If they fail to abide by U.S. reporting requirements. Goldman currently suggests that as many as 20% of US holders will not be able to convert their ADR’s into Hong Kong shares. It’s even worse when you look at retail.

I’ll be back later in the week with additional commentary. Feel free to reach out with any questions.