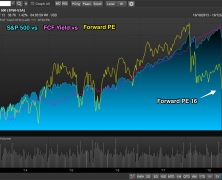 Market Meltdown – How we got here and the path out

By David Nelson, CFA Wednesday at the NYSE started off like any other. A quiet overnight trading session in S&P futures revealed little about a rush to the exits only hours away.  About 8AM on the heels of negative commentary from LVMH one of Europe’s leading luxury goods makers, action started to increase and by 12PM […]

Emerging Markets and the Black Swan

By David Nelson, CFA With good reason to celebrate investors headed to the beaches Friday on the heels of another strong month for U.S. markets. The lack of any meaningful reaction following a missed deadline for NAFTA and a full court press from the administration threatening additional tariffs on $200 Billion in Chinese imports shows investors […]

By David Nelson, CFA After a hiccup in August markets have fought off every challenge. From nukes to hurricanes investors have stepped in pushing benchmarks to all-time highs. Given year to date performance throughout the world, geosynchronous growth is an understatement. With the exception of Canada, nearly every market in the world is up in […]

Central Bank to the World?

By David Nelson, CFA The emerging market sell-off in the last couple of weeks has sparked a debate as to whether the Fed should slow down or even pause their withdrawal from quantitative easing programs. Those looking for the fed to relax their stance were disappointed on Wednesday with the Fed announcing another cut back […] 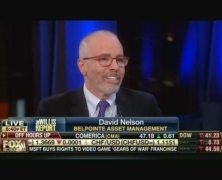 David shares his thoughts on the emerging markets with Fox Business host Gerri Willis on The Willis Report.

Emerging Markets Trigger Selloff – What You Should Do Right Now

By David Nelson, CFA Last week the Bulls fumbled the ball and Bears seized the opportunity to put some points on the board. It’s too early for end zone dances but I see a lot of high fives on their side of the field, while the rest of us brush off the dirt and get […] 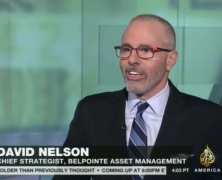 David shares some advice for investors concerned about Friday’s market sell-off that started in the emerging markets.

Michael Gayed talks to me about Summers, Yellen and Emerging Markets

Click Here for Full Video and Story I sat down with Pension Partners Chief Investment Officer and discussed Larry Summer’s withdrawl from consideration as the next FED Chair. We also discussed Yellen’s chances and what this means for both U.S. and emerging markets.