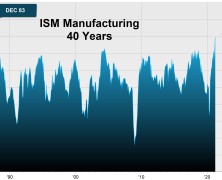 By David Nelson, CFA CMT Most investors have never seen economic data this hot. Wednesday’s ISM Manufacturing coming in at 64.7 is the highest in 37 years. GDP Consensus for 2021 is close to 6% with some economists as high as 8%. Add the fact that Friday’s non-farm payrolls coming in at 916K was well […]

David weighs in on this week’s ISM numbers along with the latest on trade.

They said it couldn’t be done but right now U.S. economy is trending above 3%. Senate takes a step closer to a vote on Tax Reform. 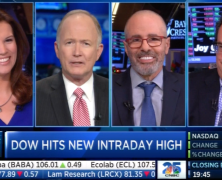 David sat down with CNBC hosts Kelly Evans and Bill Griffeth along with NYSE veteran Peter Costa to talk about this year’s Santa Claus Rally.

By David Nelson, CFA No market event creates more fear in the hearts and minds of investors than that of the Black Swan. Wikipedia explains the Black Swan theory developed by Nassim Nicholas Taleb as follows:   The disproportionate role of high-profile, hard-to-predict, and rare events… The non-computability of the probability of the consequential rare events using […] 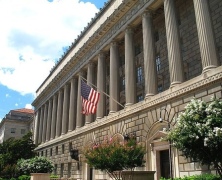 By David Nelson For the last several days leading into Tuesday’s final GDP reading economists were rapidly cutting their estimates in anticipation of a downward revision. Well it looks like they weren’t even close. Gross Domestic Product (GDP) for the first quarter was revised down to -2.9%. We came into the year looking for 3% […]