Manic Depression is touching my soul I know what I want but I just don’t know… Jimi Hendrix By David Nelson, CFA, CMT On the heels of the most dovish FOMC press conference in recent memory investors seem to be suffering from “manic depression” or some other severe bipolar disorder. In the 15 hours following […]

The Search for I-95 North

By David Nelson, CFA Markets have done their best to frustrate both Bulls and Bears in 2014. We’re halfway through the second quarter and investors are still trying to find the on-ramp to I-95 North. Detours, road blocks and a series of confusing road signs have forced many to jump from one sector to the […] 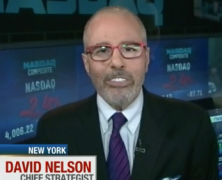