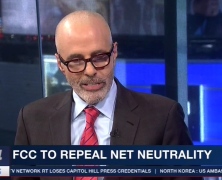 Few topics have divided the nation more than Net Neutrality. Passions run high on both sides of the issue. David sits down with i24 News Anchor Michelle Makori to discuss.

David tells hosts Fox Business host Stuart Varney and Elizabeth McDonald the President’s Tax Plan he is about to put forth in the State of the Union speech has little chance of passing. 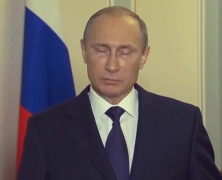 By David Nelson, CFA Geopolitics have kept investors in a defensive posture for most of the year. While the return of U.S. military operations in Iraq will dominate the front page, events in the Ukraine may be of more importance to investors. Journalists have spent much of the year trying to get inside the head […]

David – The Willis Report – The Prez, Taper and Fed Chair

Talked to Gerri about the President’s Speech on the Financial Crisis, the Taper and who will fill the next Fed Chair.

Hedgeye’s McCullough tells me” Strong US Dollar Could Weaken Putin

In my early years as a Rock n Roll touring artist and before we moved upscale traveling on jets, we jumped on the bus driving all night from town to town ready to entertain our fans. Sometimes they threw flowers and other times they threw beer bottles. That’s the life of a musician. Rock n […]