World Leaders Gather at the UN

David weighs in on the eve of the President’s address to the world body.

Breaking up is hard to do – Banks & Glass Steagall

David joins the discussion on Yahoo TV. Is it time to break up the big banks… 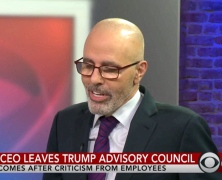 By David Nelson, CFA Equity markets are in the short run a barometer of investor perception and emotion. Over the long term they are a discounting mechanism for growth and future earnings. There’s an old saying that markets hate uncertainty. The reality, is that it’s investors that hate it and often react emotionally to every […]

In a New York Minute

By David Nelson, CFA In a New York Minute Everything can change – Don Henley Don Henley’s lyrics from his popular hit song New York Minute sum up a volatile week that pushed some trades back in the green while others were thrown out in the trash. Donald Trump’s victory election night stunned the world […]