Can We Trust the WTO?

By David Nelson, CFA In a shortened holiday week U.S. large caps managed to put in their first positive performance in the last four despite the Friday launch of $34 Billion in tariffs on China with a reciprocal move by Beijing. The strongest performance came on Friday just hours after both sides pulled the trigger […]

David sits down with i24 News anchor Michelle Makori to weigh in on Senator Corkers legislation and it’s potential effect on the office of the President.

Did China Blink on U.S. Tariffs?

Tariffs and who will replace Gary Cohn 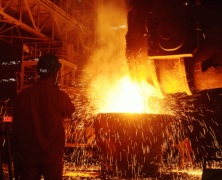 Trade War – What if your opponent doesn’t blink?

By David Nelson, CFA Two torpedoes slammed into the side of the U.S.S. Market last week. The first was launched by Fed Chair Powell during his inaugural testimony in front of the House Financial Services committee. Traders were quick to translate his remarks into a more aggressive Fed likely to push through 4 rate hikes […]