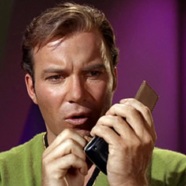 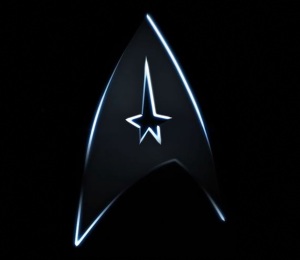 [These are the voyages of the Federal Reserve. Its five-year mission: to unwind a massive balance sheet, to seek out inflation and low unemployment, to boldly go where no man has gone before.]

There was no shortage of news last week as the S&P 500 closed at another all-time high. Kim Jong Un threatening a thermonuclear test over the pacific followed by some name calling between the North Korean dictator and our President would likely top most lists. Maybe we should discuss the B1 Bomber fly-by of the Korean peninsula with a full F-15 Strike Eagle escort. Terrifying events for sure but here’s what flashed red on my news feed.

BREAKING NEWS! Chair Yellen admits in a press conference that after creating $4.5 Trillion out of thin air, the Federal Reserve can’t figure out why they couldn’t buy a little inflation along the way. Following the FOMC decisions when asked about the inflation rate being suppressed, she said; “I will not say that the committee clearly understands what the causes are of that.”

That’s a pretty big admission given a 2% inflation target has been the center piece of Fed policy since the dawn of the financial crisis. Its true inflation in its traditional forms has eluded the recovery especially when it comes to wages for the average American.

However, I think the above ignores the fact the last 8 years may have been the most inflationary in decades. Asset inflation on the heels of artificially suppressed interest rates have driven financial instruments to dizzying heights enriching anyone who went along for the ride.

Its true those in the middle who continued to add to their 401k did well but I believe the case can be made that the bulk of the gains went to the top 1% of the nation who own an extraordinary amount of physical and paper assets. Real Estate, stocks and bonds are all at or close to all-time highs and make up a substantial portion of top tier wealth.

I’m not saying it was their intention but the Fed’s actions since the financial crisis are likely the single biggest contribution to the widening gulf between the uber-wealthy and everyone else.

Was it avoidable? Maybe not. History will be the judge as we now enter unchartered territory. With a $4.5 Trillion balance sheet on the books, Fed officials will be the first to tell you we haven’t been here before. Just what the market reaction will be as the $10 Billion per month reduction slowly increases to $50 Billion is anyone’s guess and that’s just what it is, a guess.

Hopefully, the geosynchronous growth we see around the world will be enough to offset the monetary policy drag. If foreign markets are strong, then likely our customers are doing well and should be good news for U.S. multinationals dependent on global growth.

There are many Fed officials who believe the new program should be placed on auto pilot. Despite any rhetoric to that end it doesn’t fit in with anything we’ve seen from an incremental Fed over the last 8 years. Movement has come slow and I suspect, no I’m certain that if they saw the economy in jeopardy they would quickly slow down or even halt the process until conditions had improved. They are very much market watchers, sensitive to any temper tantrum from investors.

Markets believe the Fed can pull it off. Even if they do, that isn’t the end of the story. Like Star Trek there’s always a sequel. Central Banks everywhere are watching the Fed and how the economy responds. With Germany and Japan on deck, we’ll have to watch this movie again as they travel down a similar path to normalization. 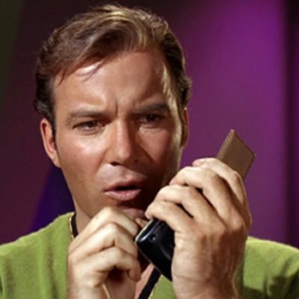 For now, the seas are calm and threats seem contained. However, without history as a guide the Fed is forced to chart a course with little information on what lies ahead. Call me a cynic, but somewhere along this journey we’re going to wish we could grab a cellphone and scream “beam me up Scotty!”